There are certain cars throughout the community that holds a certain mystique.Grab 5X ...

There are certain cars throughout the community that holds a certain mystique.

Sometimes, this is attributed to the heritage behind these cars more than the designs themselves. In other cases, though, both the story and the design of a machine can make it stand out from the pack. We think that, with a storied platform like the R34 Nissan GT-R, that’s exactly what we run into.

Now, the R34 is definitely a car that would have quite a reputation on its own. However, even for those who aren’t the biggest fans of the Fast and Furious movies, it’s hard to deny the fact that they have had a massive impact on the market of cars like the R34. As Paul Walker starred in 2 Fast 2 Furious, he would find himself behind the wheel of a silver car that really stole the show.

All these years later and Walker would eventually become one of the biggest names to ever grace the automotive community. Even years after his death, we are still super curious about his fascination with cars as he was one of the biggest gear heads, or so they say, on the set of Fast and Furious movies.

This time, the crew from Hoonigan takes us on an inside scoop of an expansive collection of Skylines. In this video, we not only get to see a variety of cars and learn a little bit about what might have made them so iconic. We also get to take a look at what might be one of the most famous GTRs to have ever existed.

That’s right, in this one, they take the opportunity to not only go over but also drive the personal R34 that once belonged to the late, great Paul Walker. A fun fact about this car is that many thought that it was the car originally in the second FNF movie. However, while it wasn’t, it definitely has a level of cool factor having belonged to the legend himself. 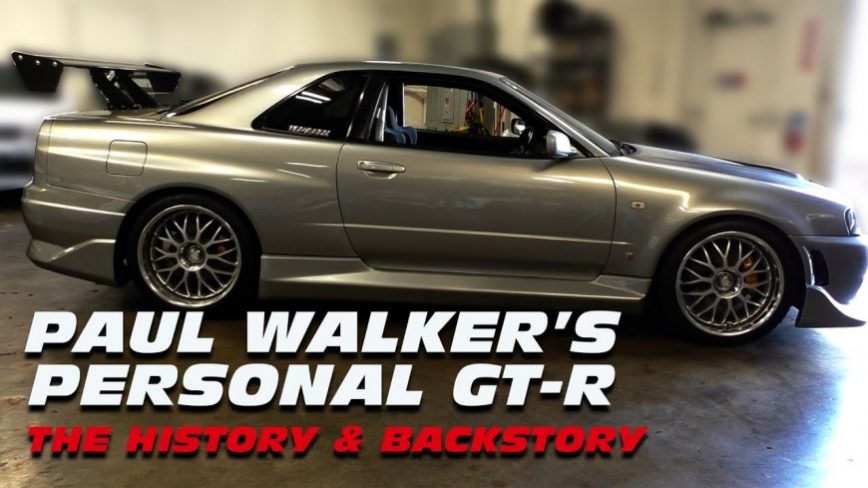