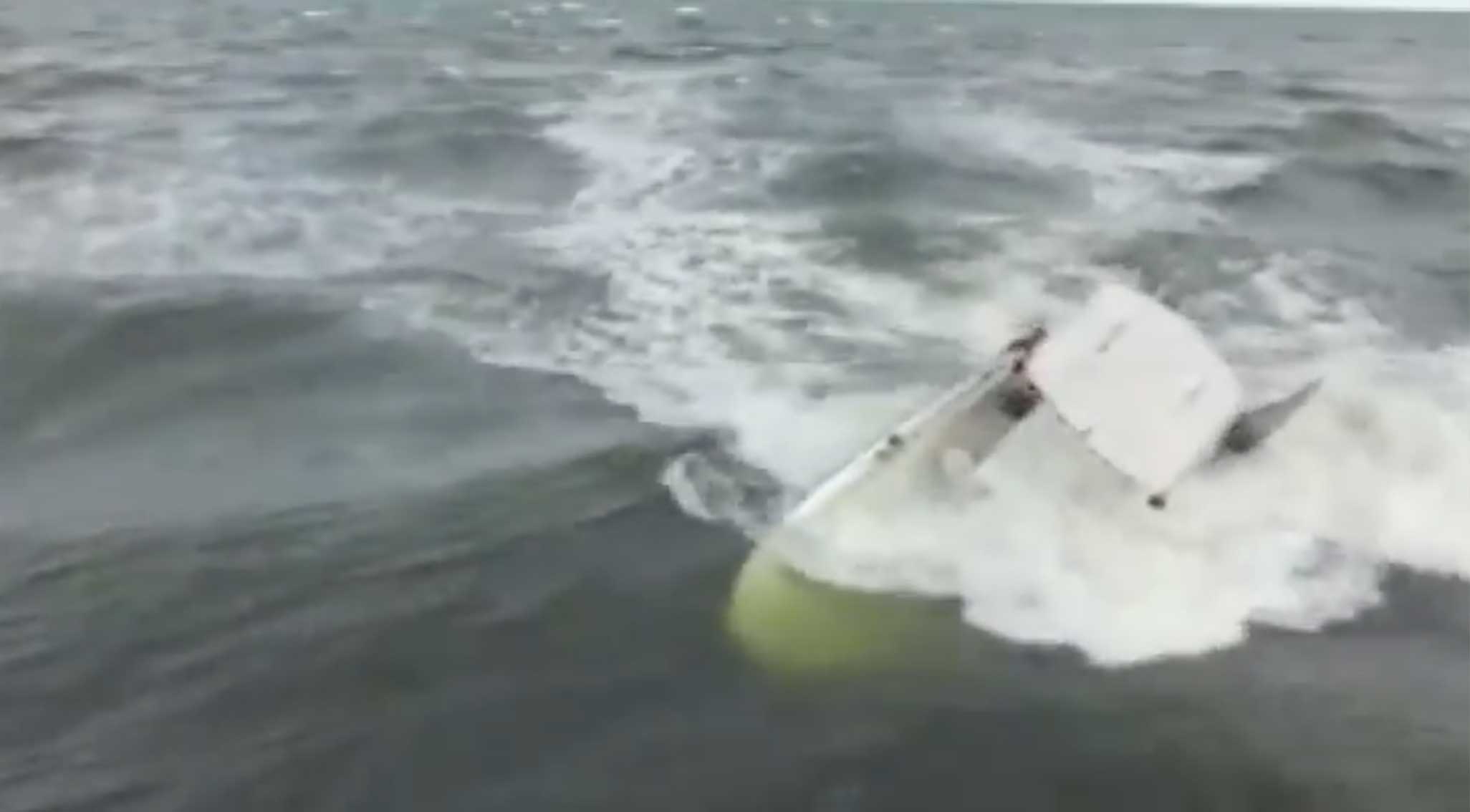 It’s no secret that, if you go out for a day of fun water and end up with your boat underneath the surface, you’ve effectively lost. For this man, unfortunately, that would be exactly how his day went as he would go out for a day of fishing and came back to what is pretty much a worst-case scenario. Outside of the man getting injured or killed, I don’t think that he could’ve possibly brought this thing back in and had much worse luck.

In this one, we follow along with a clip from a drone shot above Jupiter Inlet in Florida. You see, this drone operator caught a doozy as he sometimes takes his spare time to go to the inlet and film some of the boats coming in. It just so happened that this time, he would stumble upon the clip of a lifetime. As the boat would roar into the inlet and slow down in the wake, the massive waves would catch up with him in the worst way possible, appearing to create a sort of suction effect that would bring the boat down under the surface. It’s pretty terrifying to watch as the boats simply could not stand up to mother nature as she had her way with force.

If you have ever been to an inlet like this, you know that the area where the bay happens to meet the ocean can be some of the most treacherous space in the water that you could possibly come across. It’s not a place where you want to play around and definitely somewhere where you want to keep yourself moving. I guess that, in this situation, there just so happened to be a series of events that would unfold in the precisely wrong way that would have this boater caught up and looking for a way out. Thankfully, a 13-year-old boy came to the rescue and used his surfboard to bring the man to shore.

SHIPWRECK: Video taken by a drone captures the dramatic moment a boat capsizes in rough waters in Florida, as well as the rescue that followed.STORY: http://bit.ly/2z0fivCVideo Courtesy: kcadby (YouTube)