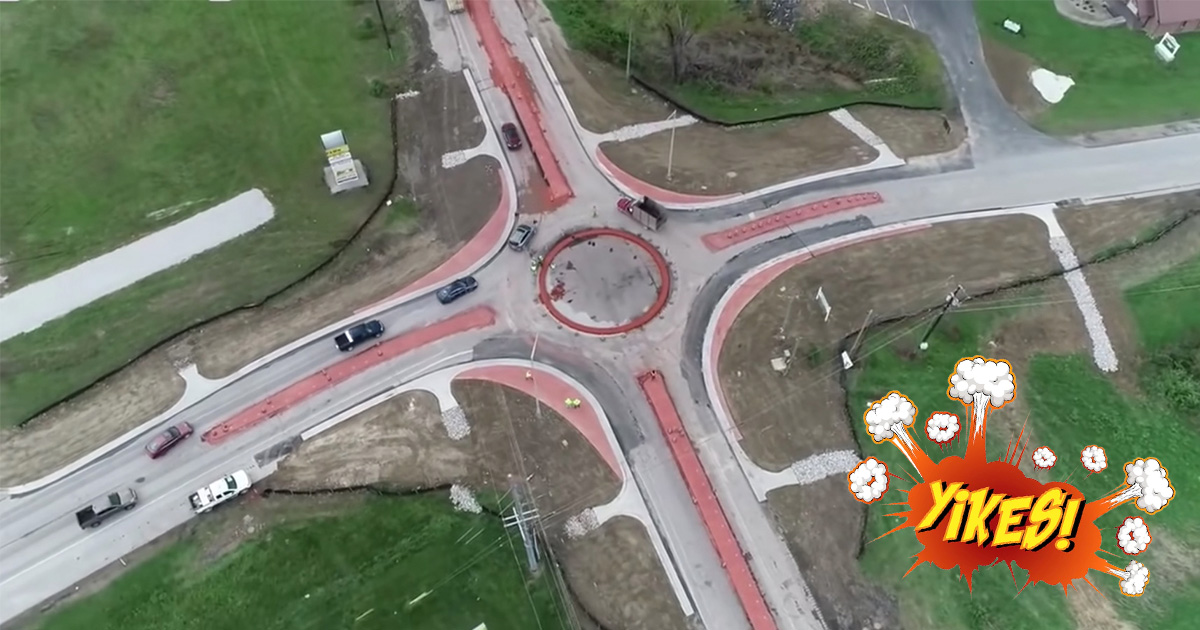 Sometimes, when it comes to new traffic control devices, they can be a little bit confusing. However, as a driver, I personally would’ve thought that most individuals would’ve grasped the concept of a roundabout, even if it was new. While they aren’t in every area of the country, it seems like a common enough concept that drivers would quickly be able to figure it out.

Apparently, though, I was wrong.

Yes, those who have been sleuthing the Internet might notice that this footage is about a year old. However, the content is too juicy to turn down.

Apparently, this roundabout system was installed in rural, eastern Kentucky. Generally, such a setup will be installed in a location where there are a lot of accidents or frequent traffic backups.

As everything was going according to plan, we’re pretty sure that the engineers didn’t know what was coming next but the video shows that most of the drivers who approached this thing simply don’t know how to handle it.

Down in the video below, we check in with the footage that personally gave me a little bit of a chuckle and I think will do the same for some viewers. In any case, if you’re a person who doesn’t understand how this traffic feature works, now might be a good time to familiarize yourself with the roundabout just in case one sneaks up on you out in the wild.