A lot of times, it can really feel like content gets regurgitated over and over again on YouTube. Don’t get us wrong. We all like seeing different perspectives on the same concepts sometimes. However, it’s hard to deny that a fresh take on something that really grabs our attention is much needed in the scheme of YouTube videos.

One channel that we think does this at an amazingly high level is that of Warped Perception. Basically, the idea behind the channel is to film all sorts of mundane and regular tasks but they make it interesting by showing us these tasks from unlikely angles. It really thinks outside the box and takes us to a world that is right in front of our eyes that we have truly never seen before.

For those trying to picture this, one of their recent videos to hit the viral stream shows us the inside of a tire doing a burnout. The video has taken this channel to some crazy places as just about everybody had their eyes on this odd phenomenon. Naturally, just about everybody has seen a car do a burnout before. However, up until this point, we don’t think that anybody had seen the phenomenon from this angle.

This time, the channel tries out another crazy concept for us to consume. For anybody who has ever worked on a car and even some who haven’t, they likely know exactly what the intake manifold is and does. For those who don’t, it sucks in the air, allowing it to properly be delivered to a mixture with fuel before it is combusted to create power. Most have seen the outside of an intake manifold but this time, you guessed it, we’re going inside.

Our first thought here is a stomach-churning feeling.

Naturally, with something like a turbocharged Toyota Supra, the last thing that we would want to happen is for the engine to suck in a small component, sending a piece of metal or something hard through the engine and turning it into a paperweight. However, when we get inside the intake manifold, things are a little bit less intimidating. As it turns out, the runners aren’t quite big enough to inhale a camera, luckily. What we do end up with, though is quite the sight that has us wanting more of this sort of thing. 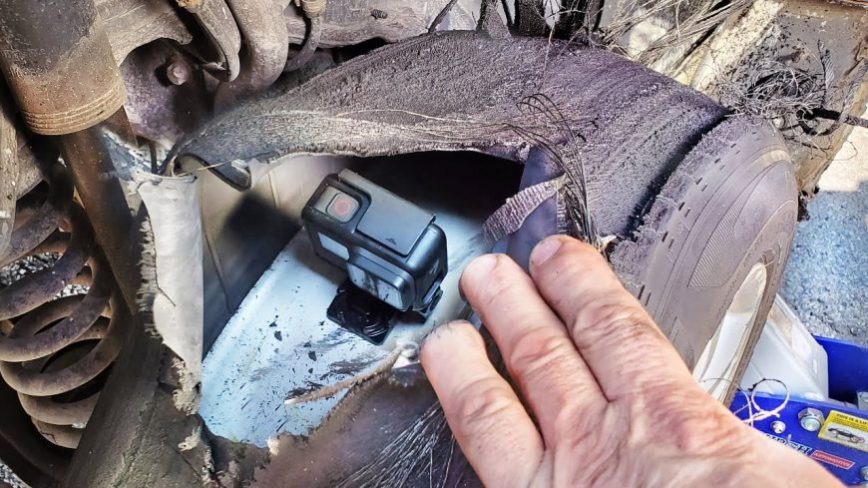