Dude Has 50 Cal Explode in His Face 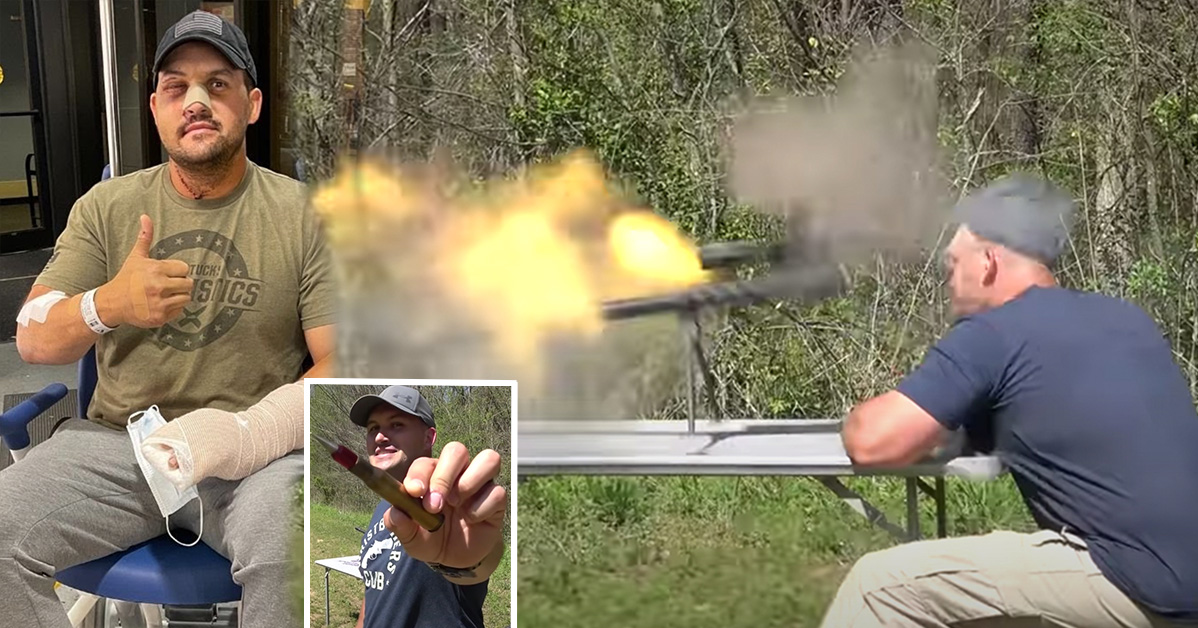 It’s not every day that you head to the range to do a little bit of shooting when your weapon of choice ends up exploding on you. However, though, for one YouTube creator by the name of Kentucky Ballistics, that was exactly the situation that he was involved in and the video where he tells all has been going viral.

During a situation that just seems like another day of shooting, our host says that he settled in to let off a few rounds but some unexpected twists and turns ended up coming into the picture. It seems like something that couldn’t easily be avoided as it looked more like a freak accident than anything else.

The entire thing was captured on video as a 50 caliber rifle was fired and ended up exploding into several different pieces. Fortunately, the man pulling the trigger ended up walking away to tell his story. However, when something like that backfires right in your face, it’s not a situation that very many people, if anyone, would be able to walk away from without some sort of injury.

This case is no different as the man behind the rifle certainly has some bumps and bruises to accompany the story. In fact, he suffered several breaks to his facial bones as well as large pieces of metal went flying in the process.

In this one, we dive into the situation and what exactly went wrong along with seeing the explosion. Down in the video below, we get a first-person point of view along with a couple of tips that could end up saving somebody who puts themselves in a similar position.

At the end of the day, though, I guess that no matter what someone is doing – from driving down the street to shooting a rifle – freak accidents can happen.