Dude Straps EIGHT Turbos to His Mustang and it’s Time to Send It! 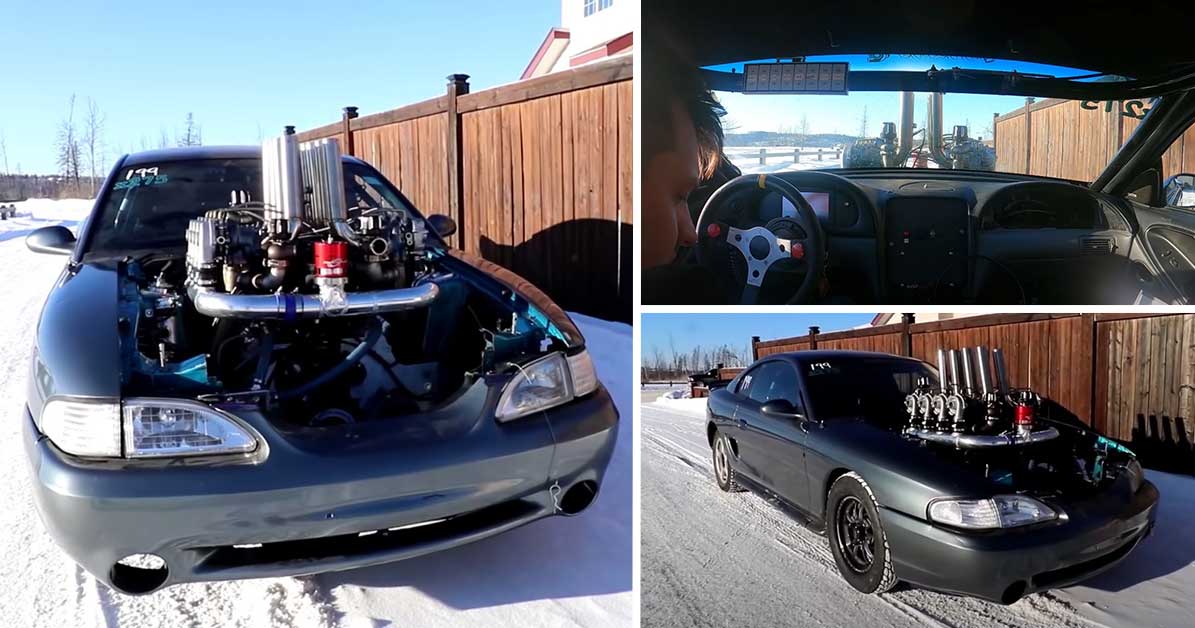 We have to admit that we definitely have more questions than answers. Follow along as we try to figure things out together.

In the scheme of all of the different automotive build series happening on Youtube, it can be incredibly difficult to stand out. For Boosted Lifestyle, though, it seems like the channel has come up with just the thing that should send them into the viral stratosphere if we were to guess.

The platform of choice – a Ford Mustang.

Now, obviously, the Mustang is one of the most common if not the single most common vehicle in the automotive performance community these days. In other words, unless you’re doing something really special with a Mustang, it could stand to be pretty difficult to make your mark. However, with a little bit of boost, that’s exactly what this channel managed to do with its very different build.

No, we aren’t talking about just a single turbocharged Mustang or even a twin-turbo application. This one goes far beyond that as its creator has decided to strap eight turbos to the engine under the hood or… Lack thereof.

With a setup like this, we can’t help but wonder just how efficient it would be or how it’s even possible. However, with some concisely put-together YouTube videos, we get to follow along with the journey to find out the answers to all of these questions and more along with joining in on the excitement as this monster of a machine comes to life.

By following along with the video below, we take a step into the first testing session of such a wild contraption as it makes its way to our screens. There’s just something about eight turbos spooling at the same time that has a tendency of really getting you going in the morning.

« Explore The 2021 Ford Bronco Wildtrak And All The Features