Dude Thinks He’s Doing a Burnout, Launches Transmission Into the Graveyard Instead 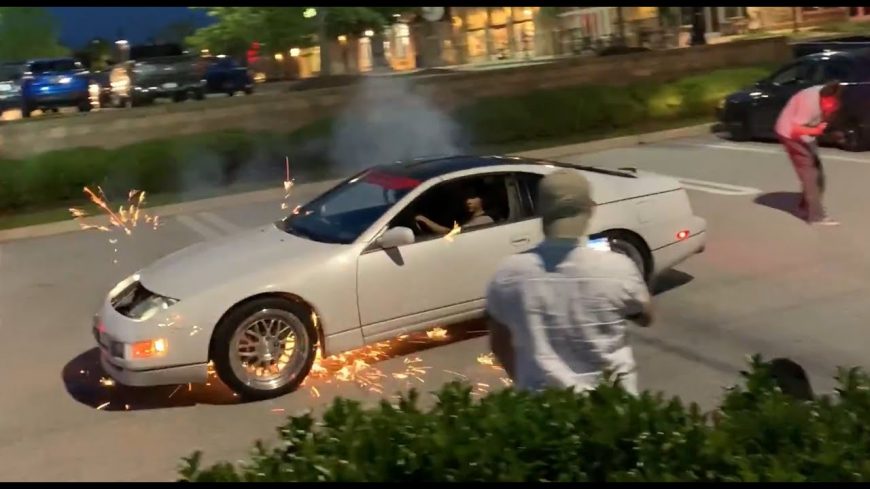 Doing a burnout can definitely be a good way to have a little bit of fun with your car. In the right place and at the right time, I think that most car enthusiasts probably can appreciate a nice burnout.

Too many times, we have seen a car try to initiate a burnout when the transmission doesn’t exactly agree with what’s going on. From there, sometimes, it’s nothing more than a big old clutch scented smoke show. Other times, though, things can get downright bad as components begin to spark and maybe even catch on fire.

This time, we check in with the driver of a Nissan 300ZX who is apparently ready to lay down some smoke from those rear tires. However, after attempting to do the burnout, apparently, the car’s clutch wasn’t in agreement with said burnout. It wasn’t long before things began to spark and eventually, a loud bang would really end the show.

I think that this is a situation that most of us have been in at one point or another. Sometimes, though, it just so happens to be captured on camera. At the end of the day, after something like this, there is not much more that you can do but dust yourself off, grab a tow truck, and head back to the garage to assess the damage done. In this particular scenario, we get a feeling that it’s not going to be cheap to make the repairs here.