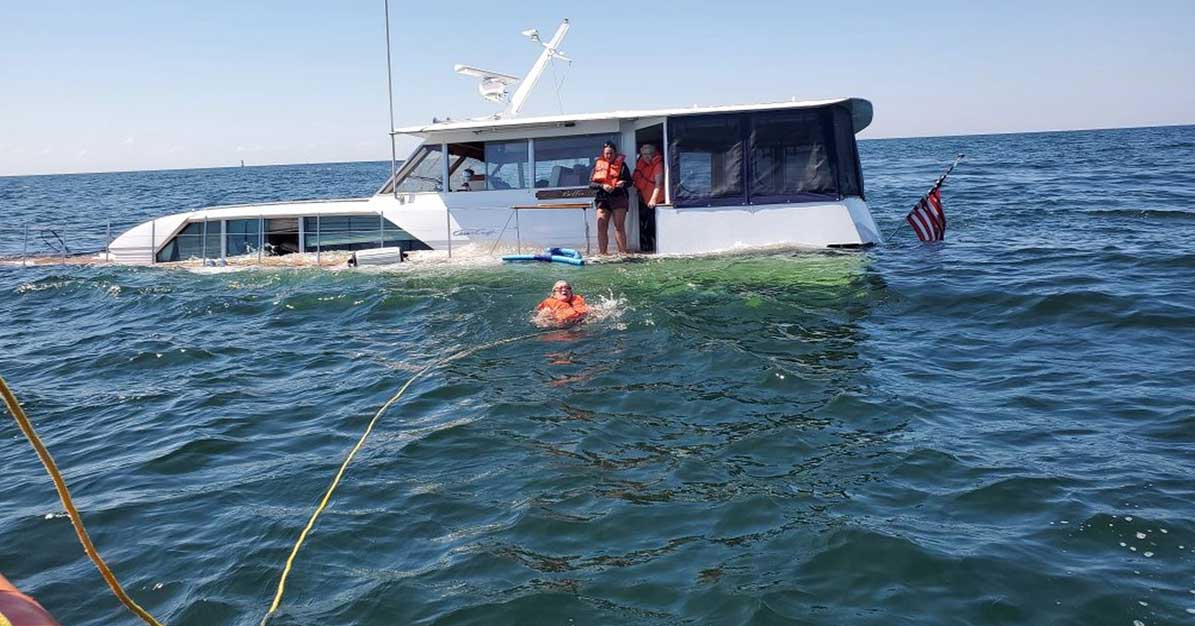 You know, we didn’t even realize that there were so many things that could possibly go wrong when in a boat on the water. Sure, obviously, if somebody makes a big enough mistake, things can go incredibly wrong but all of the different nuanced situations can really make our heads spin. You never truly know exactly what it is that you’re going to get in the mixed bag.

This time, we check in with another version of “Boat Fails of the Week” from the Haulover channel.

This one really gives us a pretty wide variety of what one can expect out on the open water if things go wrong. It really ranges in everything from overloaded vessels going down to mechanical failure. You simply never know how things are going to evolve which is definitely a testament to why it’s a good idea to always be safe and have those lifejackets handy.

While most of the situations are relatively mild, we definitely see some crash and burn failure as well. For example, watching a sizable yacht run entirely aground is definitely a situation that nobody wants to be involved in. It might even be one that’s incredibly expensive to be able to resolve as well. In fact, most situations with a boat can get relatively expensive to fix.

By following along with the video below, we get a better idea of what exactly it means to be a boat fail of the week. Some of these situations rea really are ones that the owners of these vessels would probably rather forget about. If there’s one situation that we knew we definitely couldn’t handle being in, it would be that guy trying to dock his boat where it just doesn’t fit in front of an entire crowd. That’s one that I would definitely lose sleepover.