Dude Wants To Test Out His New ATV, Sinks It In The Pool On Purpose

Dude Wants To Test Out His New ATV, Sinks It In The Pool On Purpose

With a lot of creative uses for something like an ATV, people purchases utility ...

With a lot of creative uses for something like an ATV, people purchases utility vehicles for a wide gamut full of reasons, trying to push them to their limits in all sorts of different applications, however, this time, we see somebody who was going above and beyond, all in the name of trying to show off exactly what their new Can-Am XMR 1000 could do underwater and the owner ended up trying it out in the most untraditional way that he could possibly think of. Let’s just say that the way that this thing is put to the test was definitely a moment that people had to pull out their cameras for and get to rolling.

Instead of taking a traditional route of testing out an all-terrain vehicle like this one, it turns out that the guy behind the controls here wanted to take the liberty of rolling this thing right on by the house and into the backyard where he would take it for a little bit of a dip in his swimming pool. As obscure as this might seem, it’s actually a pretty crazy display to lay eyes on as the ATV becomes completely submerged in the water, almost to the point where you think that it’s going to hydrolock the engine, when all of a sudden, the machine keeps on roaring on as it attempts to climb out over the side of the pool.

If you follow along with the video below, you’ll be able to check out a display that is probably unlike any that you have seen before. Sure, there are probably better ways to accomplish whatever it was that he had in mind here of proving, however, I don’t think that many of them, if any, are quite as fun as sinking the machine in the pool and going wide open throttle.

This thing a beast!! But can he get it out the pool???Credit: @dustensmith82 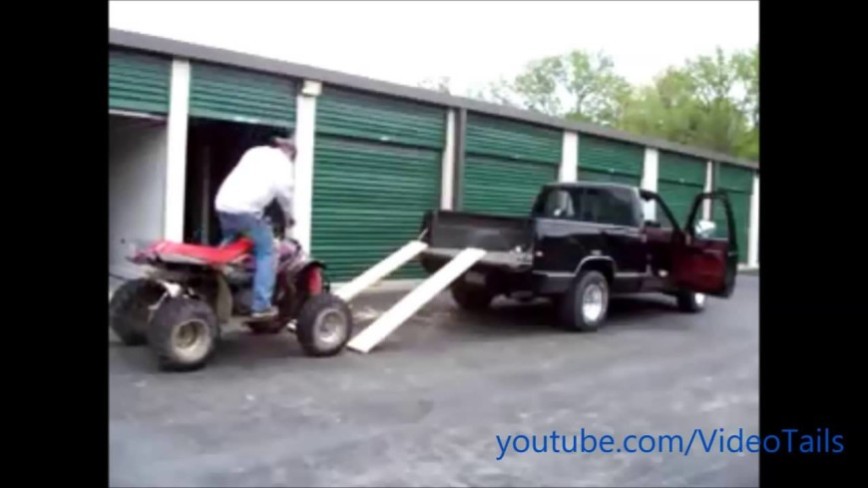