Going Through A DUI Checkpoint Without Opening Your Window 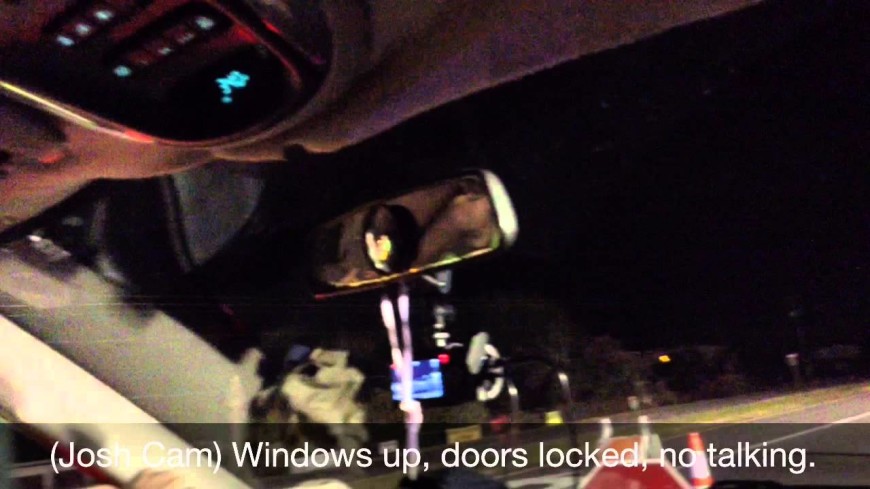 There are two sides to every story. When it comes to DUI checkpoints, it’s more of the same as there are folks who are both for the benefits that checkpoints could provide and against the possibility of being unlawfully stripped of constitutional rights at such stops.

The uploader of this video airs on the side of protection of rights, providing a method of bypassing DUI checkpoints as to not allow the police any opportunity to act outside of the law should they consider doing so.

While drunk driving is about the worst thing that anybody can do, the police controversies commonly seen around the web could turn out to be more than worth the hassle of making a “DUI flyer.”

Below, this YouTuber explains to us the process to getting through a checkpoint without having to stop and converse with the police. What do you think of this method? Is this guy doing right and standing up for his rights or should he just go through the checkpoint normally?

Check Point – Patrol car equipped police units regularly use random checkpoints to detect drivers who are suspected of impaired driving. Police also use hastily set up roadblocks to check cars and car trunks when they are pursuing an armed and dangerous fugitive. As with military checkpoints, sobriety checkpoints and fugitive roadblock searches are located in an area where drivers cannot see the checkpoint until it is too late to withdraw, and checkpoints are only set up on a temporary basis.

« Mustang with Top Fuel Powerplant, A Surefire Way to Piss Off the Neighbors