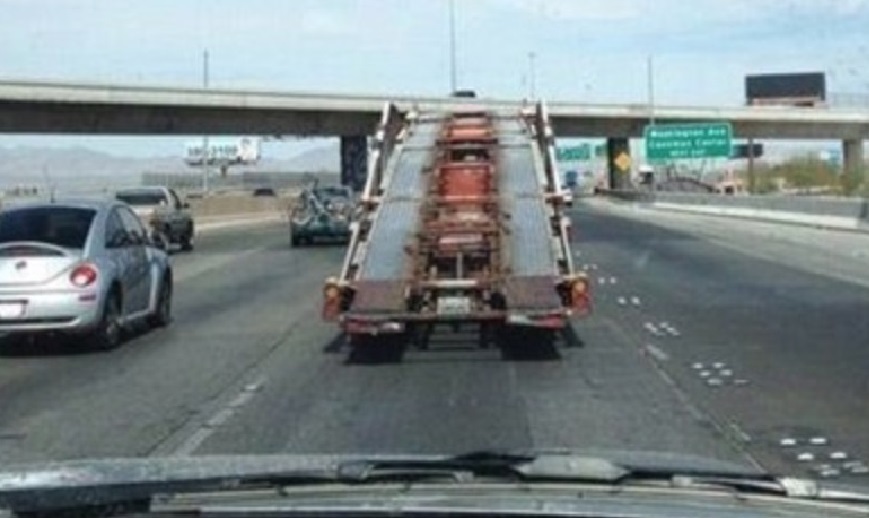 When a man driving along picked up on some suspicious driving activity out of the Jeep in the video below, he did what most people would by calling “911” and pulling out his camera to record the erratic driving.

He was in for the surprise of his life when the Jeep ran into the back of a parked truck and launched off of it, Dukes of Hazard style! Somehow, neither the driver nor anybody else was seriously injured.

Check out the video below to see it all go down! Apparently, this video got pretty popular on the uploader’s Facebook, garnering a ton of shares. Normally, this is something that you’ll only ever see on the movies!

« Ride Along as the ABSURD Vengeance Racing Viper Takes a Shot at 6s in the Quarter!