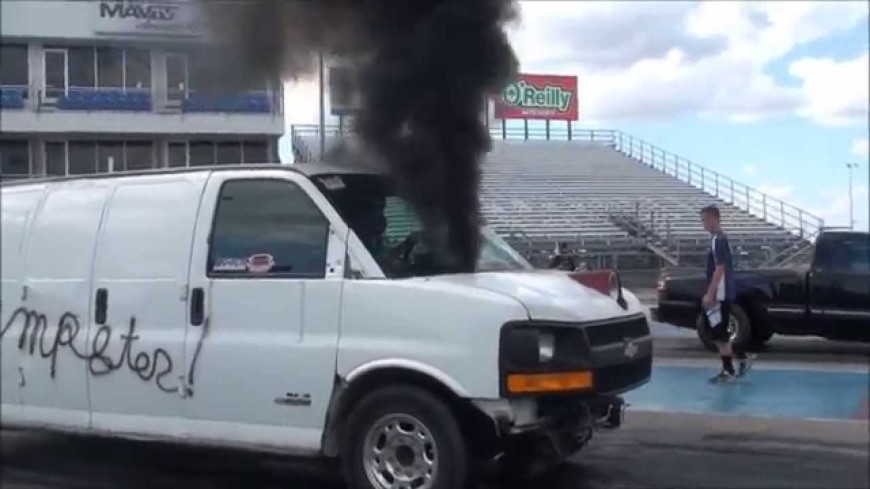 If ever you were looking for a sleeper, the Dumpster is it. It’s safe to say that this Duramax powered Chevrolet Express van aka The Dumpster won’t be raising many suspicions. The coal rolling van goes head to head with a turbo 1/2 ton truck at the DFW Truck Shootout in Ennis Texas and punches in a 12.3-second pass. That’s moving in on C5 Z06 territory!

The only thing that might clue in a potential victim are the exhaust sticking out of the hood and the slicks hanging out in the rear. We’re inclined to think that the graffiti on the sides counter acts those ideas though.