YouTuber Has Officially Lost it, Mutilates Duramax Silverado to Make a Go-Kart 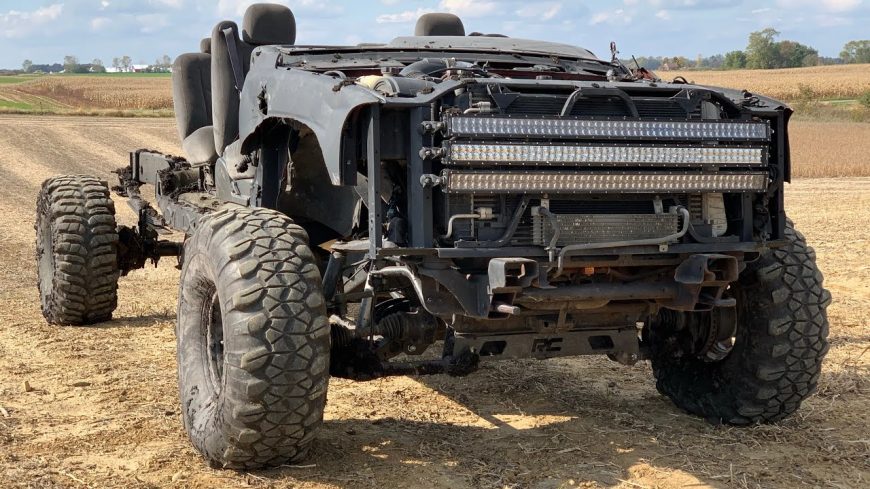 In this day and age, YouTube, as a platform, has evolved past what many could’ve ever forecasted. We’re not sure if that’s for better or for worse but it really provides for some off-the-wall stunts. As long as cameras have been around, there have been people acting crazy in front of them. YouTube has taken the liberty of leveling the playing field. This is where channels like WhistlinDiesel come into the picture.

Now, we have to say that we’ve seen some controversy surrounding the videos that these guys produce. After all, their main goal seems to be to put diesel trucks through their paces. Whether they’re off-roading a Silverado on racing slicks or fitting wagon wheels on it, we have to admit that the ideas are unique. It’s hard to imagine how they’re thought up.

Perhaps their most recent idea has drawn the most heat and that’s about where we’re sitting. Essentially, the channel grabbed hold of another truck and they didn’t have great intentions in mind. Instead of modifying this thing and taking care of it, they went in another direction entirely.

As we see here, the pickup was purposely destroyed, all in the name of content, from what we can tell. Around the web, folks couldn’t seem to grasp the concept. Many seemed frustrated to see a working truck that looked to be in good condition beat down. Today, though, we see that the end goal was to create a Duramax powered go-kart.

By following along with the video below, we see the result of such an experiment. It might be unconventional, but this is some must-watch content. When the goal is pure mayhem and destruction, we can’t wait to see what’s coming next. This time, sink your teeth into what might be one of the most expensive go-karts on the web.