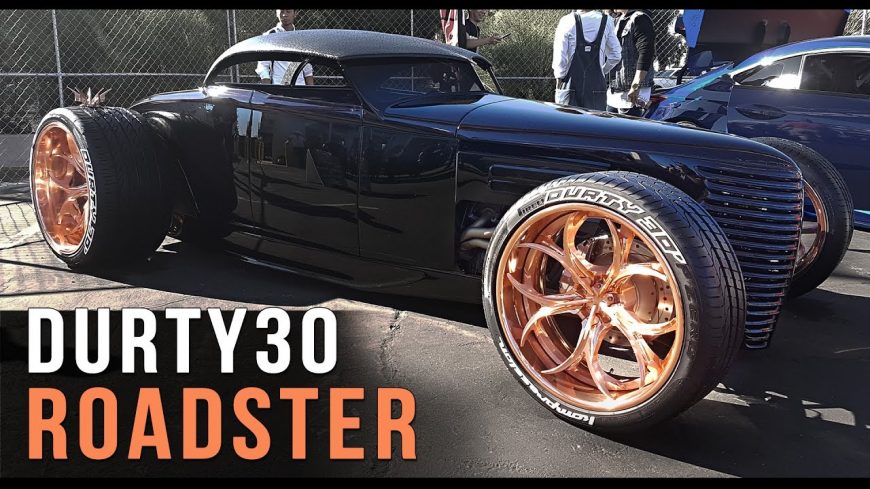 Now, as we all know, the bright lights of SEMA in Las Vegas bring about the most finished vehicles that the world has to offer. Seriously, if you haven’t been there we would recommend that you attempt to make the trip because there is really some top not stuff at this bucket list event.

So, at the show where everything seems to stick out, how do you make your build stick out amongst the crowd? It looks like the guys behind the Durty 30 Model A roadster have come up with the key elements to make that formula for drawing attention work to the fullest.

One of the guys behind the build says it best by describing the one-of-a-kind creation as something that looks a little bit like a Hot Wheels car. On top of that, a clean, simple, and minimal combination of old mixed with new really makes this LS2-powered ride pop out and make a statement even though it doesn’t look like it’s trying to. I think that the vibe of effortlessness is what makes this thing so darn cool in the first place.

The custom touches go on and on but perhaps the two coolest that we picked out are the one-of-a-kind wheels which measure 24×15 and were a one-off, 3D machined creation and the IndyCar inspired suspension that this intense hot rod is sitting on. Check out the build in its entirety in the video below that will feed you a good taste of what the show is really all about.

« Steel driveshaft vs carbon fiber driveshaft, Which is stronger and by how much?