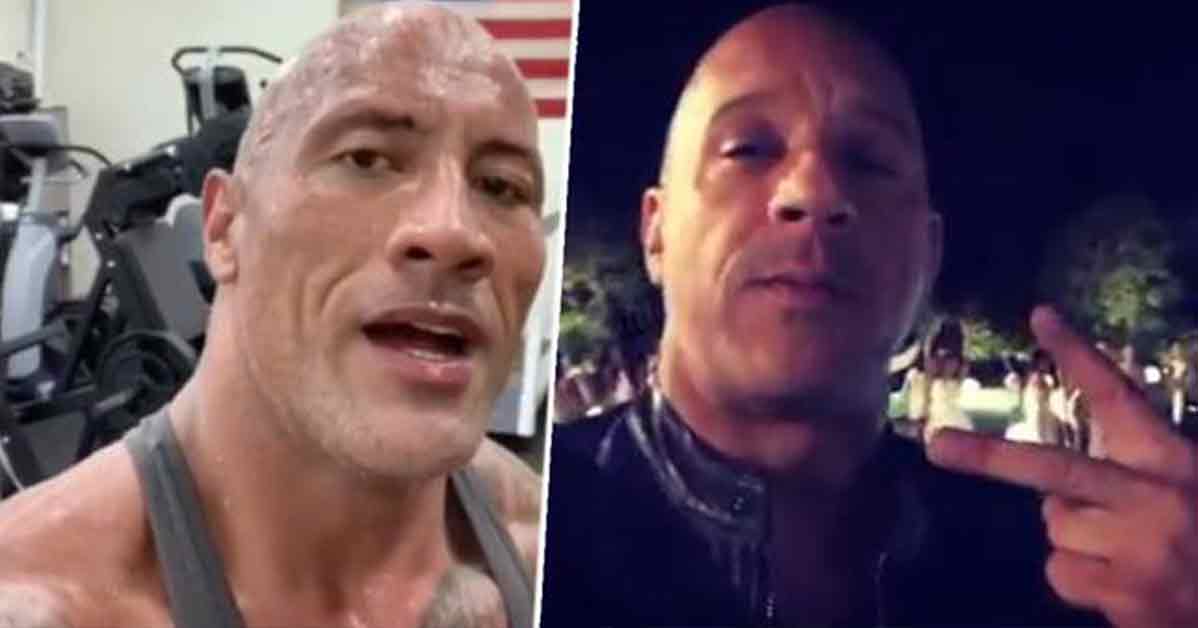 There has been no secret that Vin Diesel and Dwayne Johnson have not always seen eye to eye. All sorts of stories about the two going back-and-forth in a feud have circulated through the media.

From what we have gathered, the beginning of the feud started back during the filming of 2017’s The Fate of the Furious. A couple of weeks back, we got an update and what we thought was the end of the beef as Diesel told Men’s Health Magazine “My approach at the time was a lot of tough love to assist in getting [Johnson’s] performance where it needed to be.”

He would be written off the disagreement as a part of the process. We could see how creative differences might cause a rift but apparently, Johnson didn’t see things in this way.

In fact, even though it was basically seen as a foregone conclusion that Johnson would be in at least one of the remaining two Fast & Furious movies, he now appears to have dropped out entirely.

In a promotional interview for his new movie Jungle Cruise, Johnson seemed offended by Diesel’s comments. He responded “I laughed and I laughed hard. I think everyone had a laugh at that. And I’ll leave it at that.”

It seems as if the statement was used for Johnson to poke fun at Vin Diesel’s acting ability. Diesel’s talents in front of the camera seem to be a pretty common topic of discussion but it isn’t usually coming from his co-stars.

Furthermore, Johnson didn’t in fact “leave it at that” but instead went on to drop a bombshell of a statement that appears to be his resignation from working with Vin Diesel on anything in the future.

Johnson says that he wished the crew the best on F9. That’s not a shock. The shock comes when he says “And I wish them the best of luck on “Fast 10” and “Fast 11” and the rest of the “Fast & Furious” movies they do that will be without me.”

It seems as if Johnson hasn’t taken too kindly from Vin Diesel essentially saying that he had to train Johnson to act. Imagine that.

Is this just another elaborate show to sell tickets? Will we see these two set aside their differences so that The Rock can return to the Fast Universe? Only time will tell.