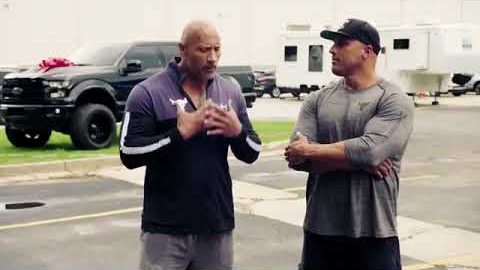 One of the beautiful things about putting together a career where you make a lot of money is that not only do you get to buy a lot of things that you have your eye on for yourself but you also get to go out there and purchase things that might make somebody else happy. Now, if you’re Dwayne “The Rock” Johnson, chances are that you have more money than you can possibly know what to do with, however, that doesn’t soften the blow of happiness that somebody would receive if he were to really go out of his way to show that he appreciates them.

Over the storied career of The Rock, at least when it comes to acting, it turns out that he has had a stunt double in order to hopefully lengthen his career and also preserve his health and appearance. After all, that money maker going away wouldn’t necessarily be a good thing for his career. As it turns out, he’s incredibly appreciative for the man behind the stunts and as such, recently, he decided to do a little something for the guy taking the bumps for him while doubling as his cousin, Tanoai Reed.

If you follow along down in the video below, you’ll be able to see the look of joy on Rock’s cousin’s face as the legend himself hands over the keys to a brand-new Ford pickup truck has been jacked up to the sky. Every once in a while, it has to feel nice to be appreciated beyond your regular salary and as you can see by the look on Reed’s face, he seems to be overjoyed when he’s tossed the keys to the brand new pickup! This is certainly a heartwarming moment if we’ve ever seen one captured on video for the world to see!

« This truck driver needs a better rig… Stuck on a curb