Flame Belching Rotary Strapped To Dyno By The Spoiler 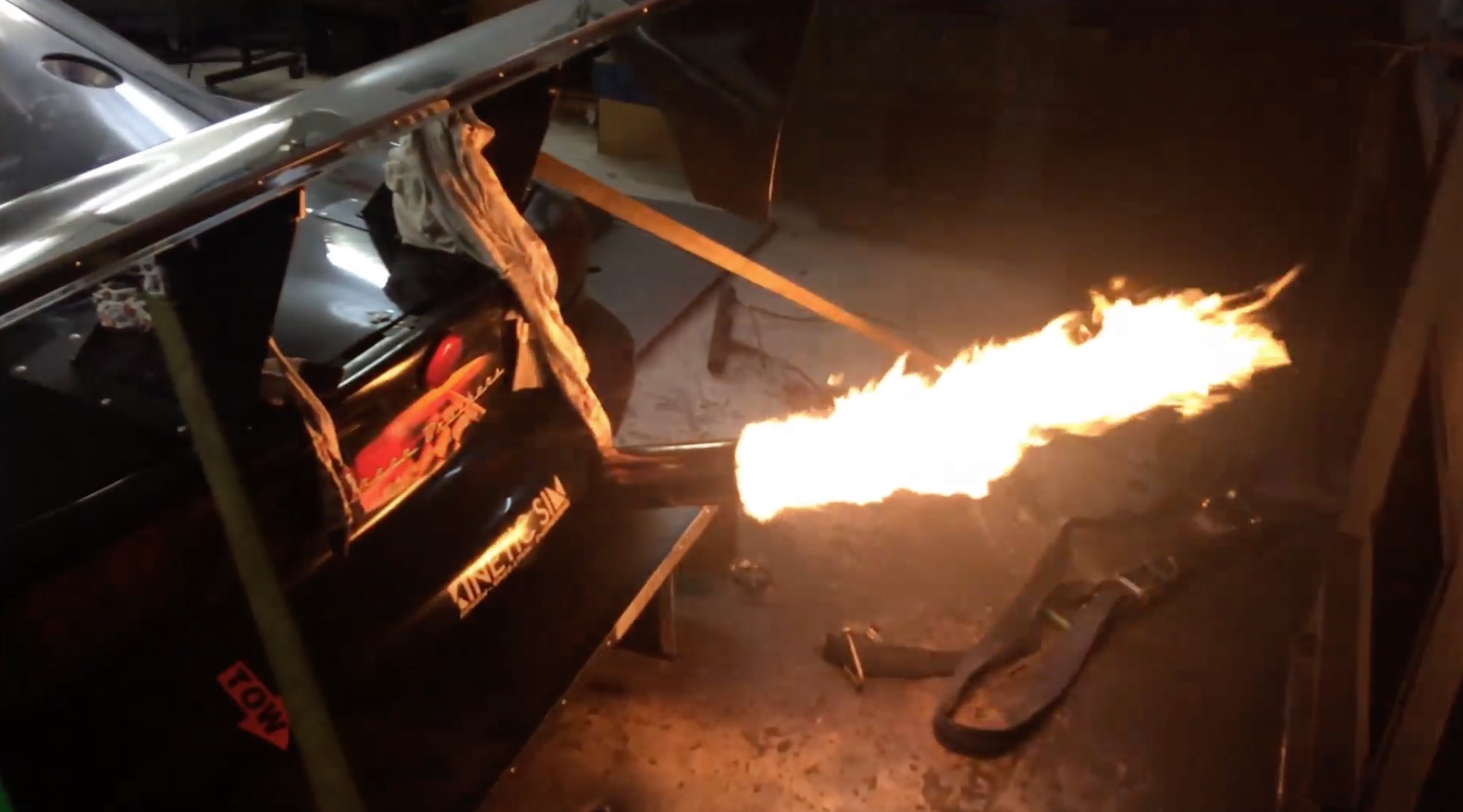 When you’re in an area like a dyno room, one that has lots of moving parts, you’ve got to have your wits about you and be very aware of everything that’s happening in your immediate surroundings. If you’re not, there could be danger lurking over the horizon in more ways than one and if it comes about, you don’t want to be a part of that. Just ask the poor sap who was cleaning off the rollers when a brand new Chevrolet Corvette ZR1 was about to do a pull when he ended up getting sucked under the car.

This time, we head to the dyno room and see something that’s really out of this world in a rotary powered machine that looks like it has some power in the tank to throw down, something that’s not exactly a secret when you see the flames shooting out of the exhaust that are nearly big enough to swallow a human being! However, when you continue to venture around back there, you see something else that isn’t necessarily common for your run-of-the-mill dyno session. You see, instead of strapping this car down by the frame or some other hooking point under the car, this crew decided that they would take it upon themselves to strap it down by the spoiler out back!

Now, we weren’t there and don’t have all of the details as to why they decided to do this but upon observing that screaming rotary machine cranking out some power, it seems like it might just be a formula that’s working out for them. In any case, this series of events is something that you’re going to want to see as it certainly calls for a pretty hot time on the dyno as the intensity of this session gets cranked up just a little bit past the norm!