EcoBoost Mustang Kicks Behind On the Strip, Then Goes BOOM! 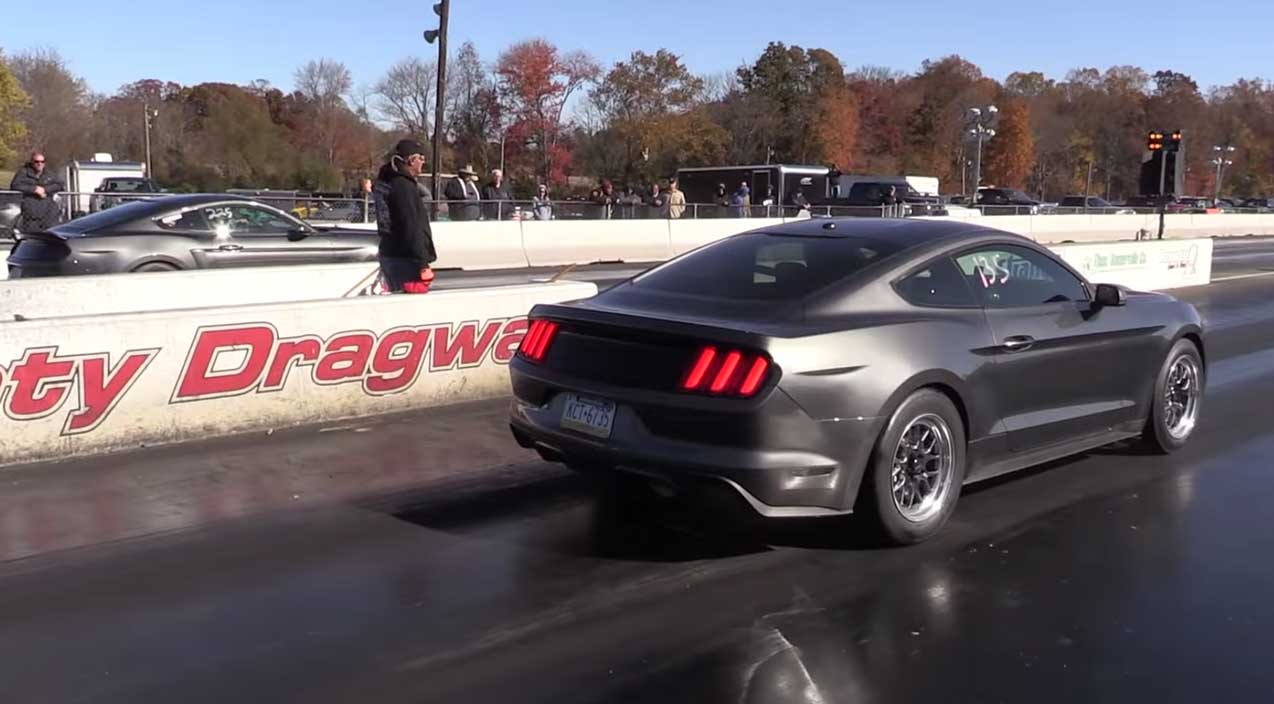 When it comes to performance, many have been saying for years that domestic automakers should try and make their way into the smaller displacement boosted applications, much like we have seen succeed in the import community all along. Here in the land of American cars, it’s been all about displacement, which is fun and all, but a little bit of diversity in engine choice never killed anyone. While we have seen a couple like the Chevrolet Cobalt SS and Ford Focus SVT have minor success, this breed of American car never really caught on as they would eventually fade into an incredibly niche market.

Well, with the introduction of the EcoBoost power plant and more specifically, the placement of the engine into Ford’s flagship sports car, Ford has proclaimed that it is at least willing to try out that game and so far, we have actually seen some pretty good results.

Now, a lot of fanatics who are used to that grumble of the V8 can’t really seem to wrap their heads around the sound that the EcoBoost makes but you have to admit that the performance factor here is pretty impressive. This particular EcoBoost Mustang runs pretty consistently in the low-11s, even managing to knock off it’s bigger brother in a Ford Mustang GT but that is where the fun stops. Unfortunately, all good things have to come to an end.

Check out the BigKleib34 video below that takes us along on the journey that ends with something going wrong and the Mustang spewing oil all over the track in the burnout box. As of now, the owner says that it appears as if the number 1 connecting rod has gone on to a better place but he has a whole new short block ready to roll! Something tells us it won’t be long before we see this mean machine in the 10s or going even quicker!