Is an Electric Motor Disguised as a Small Block the Next Big Thing? 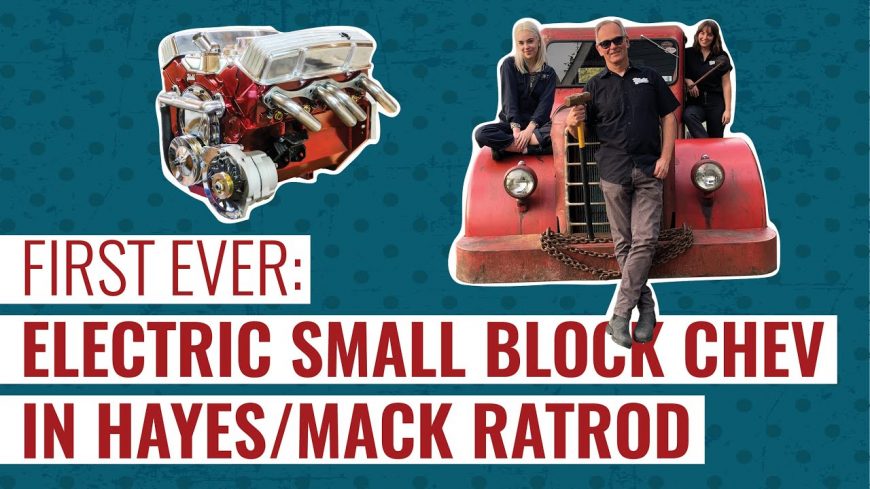 For those who haven’t been paying close attention to the automotive market recently, they might’ve missed the fact that industry is quickly evolving. Don’t get us wrong. Combustion is still going strong. There are a lot of developments happening in the combustion-powered community that we can really get excited about. However, there’s an entirely new segment growing that’s also pretty easy to get hyped up about as well.

Sure, the electric power will probably never be a direct replacement for the adrenaline provided by a combustion engine. However, the fervor of an electric power plant can provide an equal amount of adrenaline in a different way. These things create massive torque that can definitely provide a potent performance punch. Even in their infancy in the mainstream vehicle world, electric motors have really proven their worth.

This time, we check out an individual who took it to the next level, though. Instead of just putting an electric motor in his rat rod, he decided to disguise it with the familiar face.

When taking one spin around the rat rod from Webb Motorworks, we find an electric motor that has taken on the face of a small block Chevy. If a passerby wasn’t looking very closely, there’s a good chance that they wouldn’t even notice the difference. Naturally, this is going to be a combination that ends up getting people talking. We’re sure that there will be a wide range of opinions on what everyone thinks of the combo. It most certainly is something different to really sink our teeth into, though.

How Does the Swap Work?

The man behind it all says that it’s a relatively simple swap. Not only does the motor hook up to the existing transmission. In addition, the combo will be able to use pre-existing motor mounts. In other words, it might take a little bit of work to execute the swap but it won’t be a complete redesign of everything. There’s not a ton of fabrication necessary here.

By following along with the video below, we get the grand tour of this trick rat rod from Webb Motorworks. We don’t think that the combustion engine is going away any time in the near future. However, a little further over the horizon, this might be a variation of what the typical hot rod looks like.