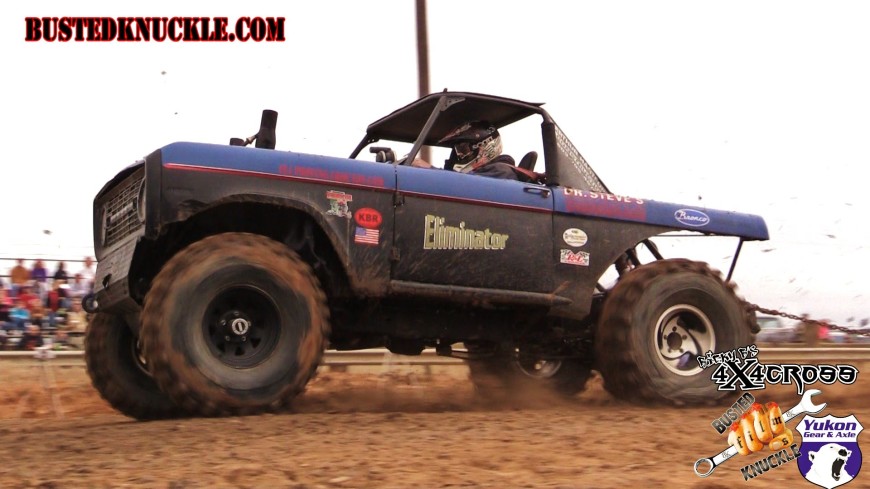 This Ford Bronco was built to impress and impress was what it did as it hit the mud bog HARD!

Watch the Eliminator Early Bronco Sling some mud at the 2014 Throttle King Finale at Twitty’s Mud Bog. This is one unique mud rig as it uses a twin traction beam front end instead of a solid axle giving it an advantage in the rough stuff.

Check out how the Ford holds up to the elements in the wicked video below!

This MEGA Bronco has no shortage of mud shredding action in her!