by Jesse Kleib | May 26, 2020
electrictesla cybertruck

When we go to auto shows, lots of times, there will be fancy concept cars lurking ...

When we go to auto shows, lots of times, there will be fancy concept cars lurking around. When we take a closer look at these cars, sometimes, the features onboard might seem too cool to be true. In fact, many times, they actually do end up being too cool to be true. These features and aggressive designs are simply there for show and wouldn’t make much sense when it comes to the bottom line.

Instead, manufacturers simply dangle these concepts in front of consumers with the hopes that they will take another look at the brands’ other products. Essentially, many times, the cool, high tech concept car might be designed to lure in people who are more likely to buy your average consumer car. At the end of the day, these average economical cars might be boring. However, they’re really what makes the most money. This is the type of car that the majority of folks are going to drive.

To some extent, it almost seems disingenuous. That’s a debate for another time, though. This time, we focus on Tesla.

When it comes to these over the top concept cars, Elon Musk doesn’t seem to really approve. Instead, he assures us, in this video, that the concepts that we see from Tesla will pretty much always make it to production. There’s no luring people in with designs that will never be in a real car.

With that in mind, the Tesla Cybertruck that we saw on display is likely going to be what consumers end up getting when the real truck comes out. In the latest episode of Jay Leno’s Garage, Musk spills the beans on a couple of more details about the Cybertruck.

At the end of the day, this might just be one of the craziest mainstream releases that we have ever seen. Every last piece of Cybertruck content works toward quenching the thirst to learn more about this off-the-wall contraption.

Man, Jay Leno has one of the coolest jobs imaginable. 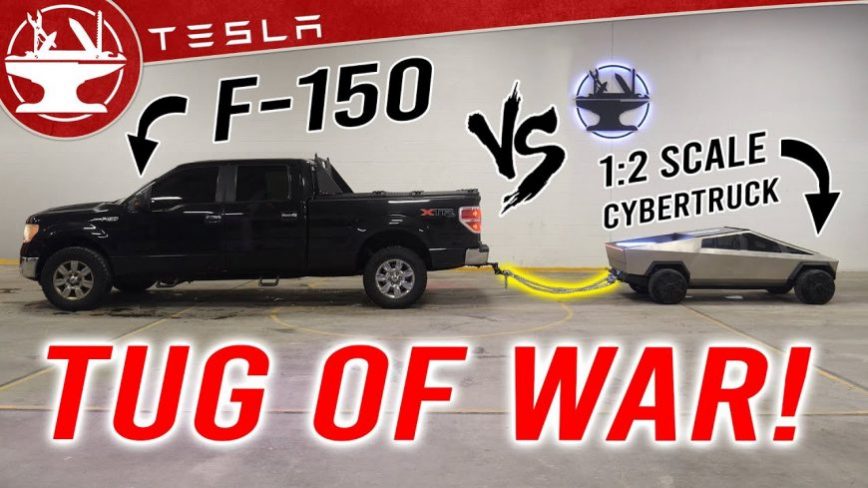