With a name like Elon Musk, you can be sure that all eyes are on your every move. ...

With a name like Elon Musk, you can be sure that all eyes are on your every move. It’s kind of a part of the game when you completely revolutionize the way of certain industries. There are very few people who have thought as far outside of the box as Musk while also having mainstream success in the process.

In addition, with just about every release, there is a greater level of watercooler talk. Musk couldn’t just stand to be the leading electric vehicle manufacturer. Heck, the concept of making electric vehicles mainstream could even be attributed to Musk’s name. However, he still decided to go entirely over-the-top with the Tesla Cybertruck. In terms of their vehicles, the truck is bolder than anything Tesla has done up to this date. In fact, it might just be one of the boldest moves that we’ve seen from the automotive industry in quite some time.

With looks that appear nothing like anything we have seen from a production vehicle before, everybody was watching the debut of the Cybertruck. It was during this debut that we would learn about all sorts of awesome features onboard the truck. Among the promised features, we find that the machine is bulletproof and has windows that will stand up to steel balls being hurled at them.

Unfortunately for Tesla, the demonstration didn’t exactly go as planned. The whole idea was to throw these sizable steel balls at the glass to display just how strong said glass really is. As we would eventually watch, the windows would shatter behind the momentum of the ball. Of course, shortly after, the action would go viral.

By tuning in below, we get to listen to the explanation from the man himself. According to Musk, it had something to do with the fact that they had beaten on the doors with a sledgehammer which might have caused some damage to the corner of the piece of glass. Therefore, the integrity of the glass was sacrificed and the steel ball was sure to shatter it.

Long story short, if you don’t swing a sledgehammer at your Cybertruck, we’re sure that the glass will be just fine, even when it comes to standing up to steel projectiles. 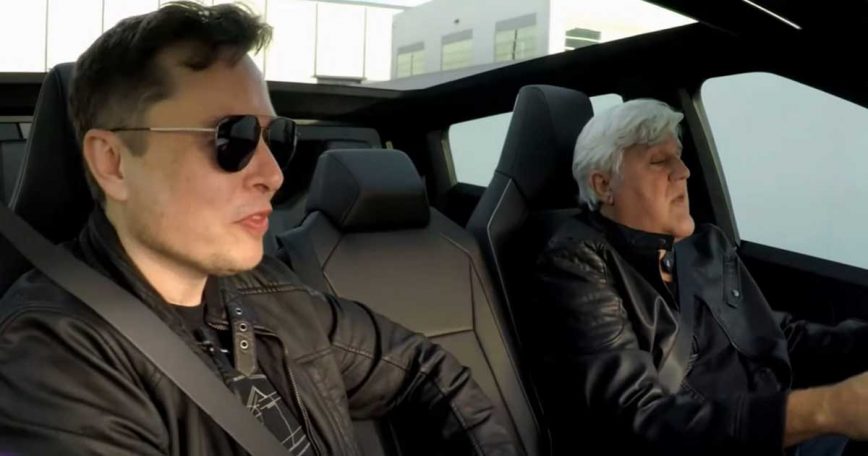