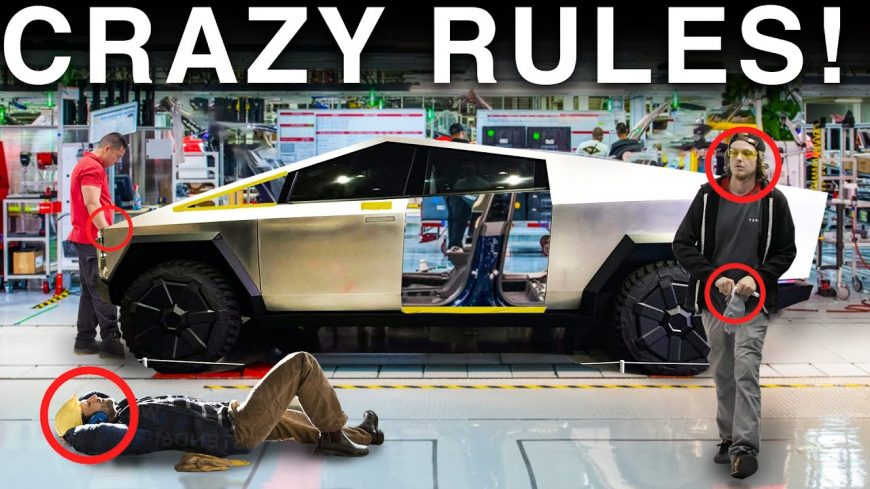 Whether or not one believes in the future of electric cars, it’s hard to deny the fact that Elon Musk has revolutionized the automotive industry in more ways than one. For example, the way that he organizes his business is probably something that all of the other major automotive manufacturers have been keeping a close eye on since Tesla’s meteoric rise to become the most valuable car company by a wide margin.

As it turns out, Tesla has some pretty offbeat rules that make them a lot different than most other automakers and even most other corporate structures. A lot of times, as employees of a businesses, some might find themselves doing things just to do things or maybe even doing things because it’s become a societal norm.

All of this seems like a mold that Tesla is trying to break.

For starters, the brand hires some of the best of the best when it comes to just about every facet of the business. So how exactly does Musk manage these workers in order to get the most out of them?

Well, as the story goes, Elon apparently has a pretty obscure set of rules that involves cutting out things like big meetings and even allowing employees to walk out of meetings if they feel like they don’t fit with the subject matter. That’s definitely not something you’re going to see in most of corporate America.

Down in the video below, thanks to Future Vision, we get a little bit more of an in-depth dive to these rules that Musk chooses to govern by. It seems as if the main theme here is that Elon tries to help his employees to think for themselves more than going by the book. It just seems like something like this is long overdue in corporate America as lots of systems that big businesses uses feel incredibly antiquated.

« 19-Year-Old Mobile Detailer Unveils How Much Money He Makes