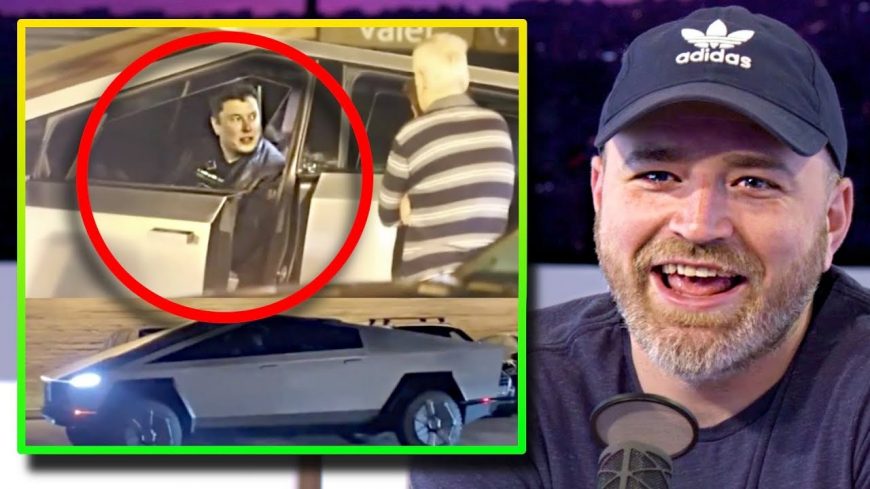 It seems as if Elon Musk and his Cybertruck are the talk of the year. Perhaps, the vehicle might just be the most viral of 2019. Moving forward, it’s definitely going to be interesting to see how this thing actually develops. After all, with a release date slated late in 2021, the truck is still going to go through its fair share of developments.

As with every developing vehicle, there are surely a couple of things that need ironing out. In order to do that, Elon has been spotted around town driving the Cybertruck. Normally, vehicles like this that haven’t passed safety standards couldn’t be driven on the street. However, it is believed that because it is a developmental vehicle, Musk has some sort of special permission in order to take the truck to the streets.

It certainly had to be exciting for the folks who spotted it driving around town. As far as we know, these drives were relatively drama-free. However, one small little hiccup has had the Internet really talking. If you ask us, it’s really not a big deal. However, whenever something is this hot, there’s always somebody waiting to find an area where they can critique it.

When pulling out of a parking lot in the new Cybertruck, apparently, Elon managed to run over a plastic pylon. It doesn’t even seem like he noticed that the truck plowed it over as he just kept ongoing. From the looks of the location, we wouldn’t be shocked to hear that something like this is rather commonplace. However, as it is literally the latest and greatest vehicle that isn’t even available yet, it definitely raised a couple of eyebrows.

By following along with the video below, we get an opinion from the LaterClips YouTube channel about Musk’s drive about town. If there’s one person who knows how stir up controversy, this is the guy to do it. As far as viral marketing goes, the Cybertruck has been a massive success. Hopefully, the success translates to sales and doesn’t end with a viral story about him running into a sign.

« The Cadillac CTS-V Has Been Canned Forever – Here’s Why