When we dig into the Twitter of Elon Musk, we never truly know what we’re going ...

When we dig into the Twitter of Elon Musk, we never truly know what we’re going to come up with. In terms of a traditional CEO of a company, I think that it’s safe to say that Musk can be a bit of a wild card. Instead of press releases and formalities, many times, we just have to look at Twitter for his take on a whole variety of different concepts, business-related and not.

This time, in an interaction with a Twitter user, he hinted at a potential future model. The Twitter user by the name of @Lindworm Tweeted at Musk, asking if there was a chance at a smaller version of Tesla’s Cybertruck for Europe. Musk responded, “Highly likely down the road.”

It’s definitely an interesting idea as there has been news around the existing Tesla Cybertruck’s size. There was an idea going around that perhaps it would be shrunken down a bit to better fit in a standard garage. However, that doesn’t appear as if it’s going to be the case now.

On the other hand, a Cybertruck “Mini,” if you will, would likely be an entirely different build. We would be inclined to think that a spinoff model like this would entirely depend on the success of the full-size model. In regards to that, another gem that has come from Musk is the concept that the Cybertruck might flop, he says, because it’s based on no market research.

Naturally, in Europe, there isn’t a large scale demand that exists for the big trucks that are popular here in the states. Therefore, It might make sense to expand the product line to include a smaller pickup so that folks have an alternative to the Tesla Model Y.

The last looming question is if something like this would ever make its way to the United States. As of right now, that concept is entirely up for speculation. When it comes to Tesla, history shouldn’t tell us anything because they seem to break the mold on just about everything. However, there have been examples of pretty neat releases that happen abroad, such as the Ford Ranger Raptor, that are released exclusively in foreign markets.

When Heated, Tesla's Cybertruck Changes Colors - Musk Hints That There May Soon be Color Options 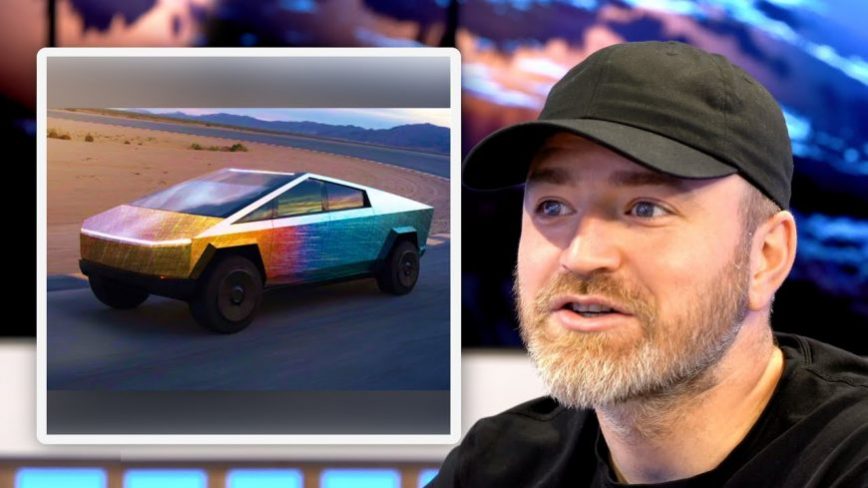