Elon Musk vs Jeff Bezos – Which Ultra Billionaire has the Best Car Collection? 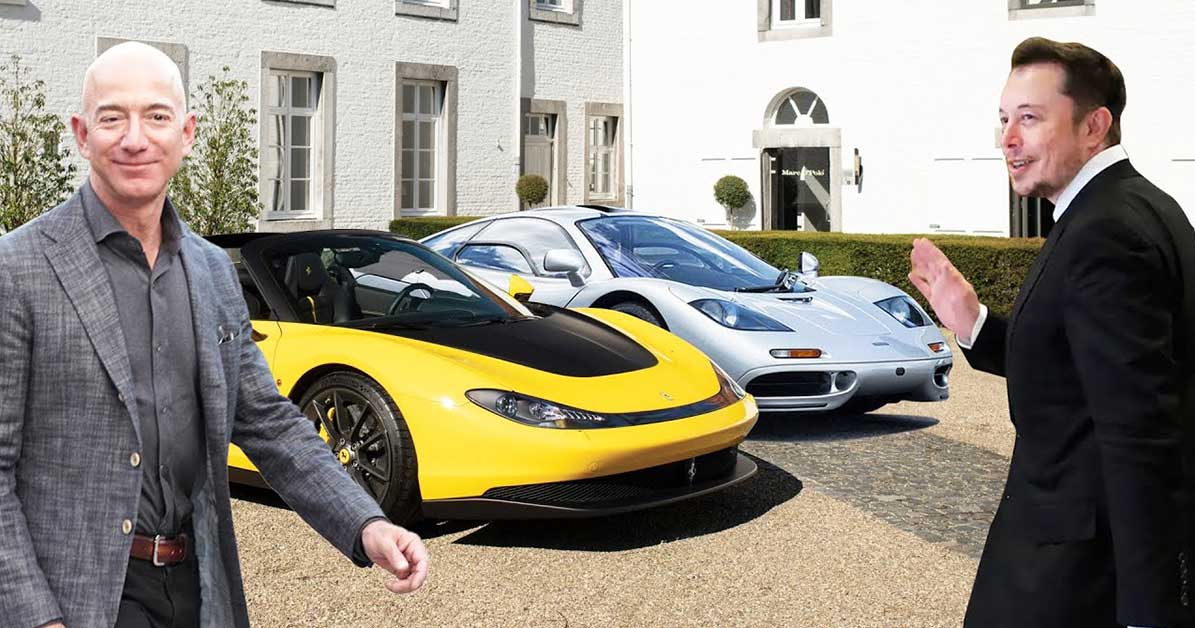 Those who have been paying attention to the richest folks in the world might have noticed that there has been some shuffling in the hierarchy lately. The list is constantly changing as companies are making and losing value in the market. However, over the past year and in the years moving forward, Elon Musk and Jeff Bezos will undoubtedly be atop that list. We can’t say the order for sure but it’s safe to say that these guys aren’t going anywhere.

As peasants compared to these ultra-wealthy individuals, sometimes, we can’t help but wonder how exactly it is that they go out and spend their money.

This time, the idea on the relatively new Car Wars YouTube channel is to dig into that concept.

In one of their recent videos, the topic of discussion is the car collection of Elon Musk versus that of Jeff Bezos.

As Elon Musk is a tech nerd, if you will, and Bezos has a reputation for not necessarily liking to spend a ton of money on luxury, there would probably seem to be an obvious answer as to who has the cooler collection. However, sometimes, looks can definitely be deceiving and the reality of the matter is much different than it might appear.

With the help of the Car Wars channel, though, we get to dive into the reality of the matter. When push comes to shove, is the real-life Tony Stark a.k.a. Elon Musk the owner of a cooler car collection than Jeff Bezos? On the other hand, is the man behind Amazon the owner of one of the coolest car collections in the world?

Needless to say, both of these guys have more than enough money to buy any vehicle that they want in the entire world which is a crazy thing to try and wrap our minds around. However, they also say that you can’t buy taste so the video below will shed some light on how exactly these two have spent their billions.

« Tom Brady vs Patrick Mahomes – Which NFL Star Has a Better Car Collection?