When it comes to tech mogul, Elon Musk, it almost seems like he has a near-perfect ...

When it comes to tech mogul, Elon Musk, it almost seems like he has a near-perfect track record, impossible to argue with or find any flaw in, however, as much as we would all like to consider Musk being more computer than he is human, he definitely does have human DNA which naturally entails he’s going to have a couple of flaws here and there. As it turns out, early on, former Top Gear personality, Jeremy Clarkson, thought that the early versions of Musk’s Tesla weren’t exactly something that would catch on and become mainstream or really something that should be sold to the public, if you ask Clarkson.

Now, the two did go back and forth and would end up in court over the claims the Clarkson made about the Tesla, however, since the dust has settled, it’s rather interesting to see what these two personalities think of one another. In this one, we dive into Musk’s head, getting his opinion on what he really thinks about Jeremy Clarkson and how he presents his content. When he clears the air, Musk divulges upon the idea that he feels like Clarkson is more of an entertainer than someone who is supposed to deliver facts. He thinks that many others understand this, too.

Follow along in the video below as the man who is arguably the most popular car designer in the world, at this point in time, takes it upon himself to talk a little bit about one of the automotive world’s leading journalists who always seems to have an opinion about just about everyone and everything. What does Musk have to say about Jeremy? Could Anything good possibly come of this? Follow along with the interview down below to find out exactly what the dynamic between these two looks like. 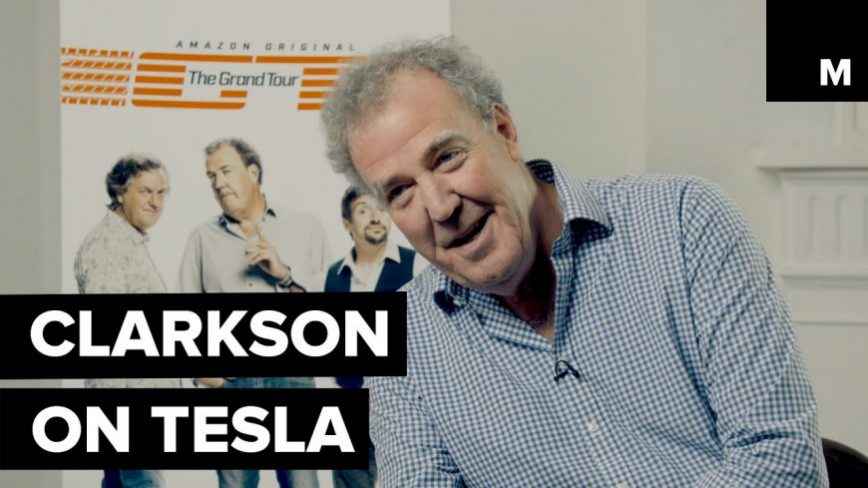