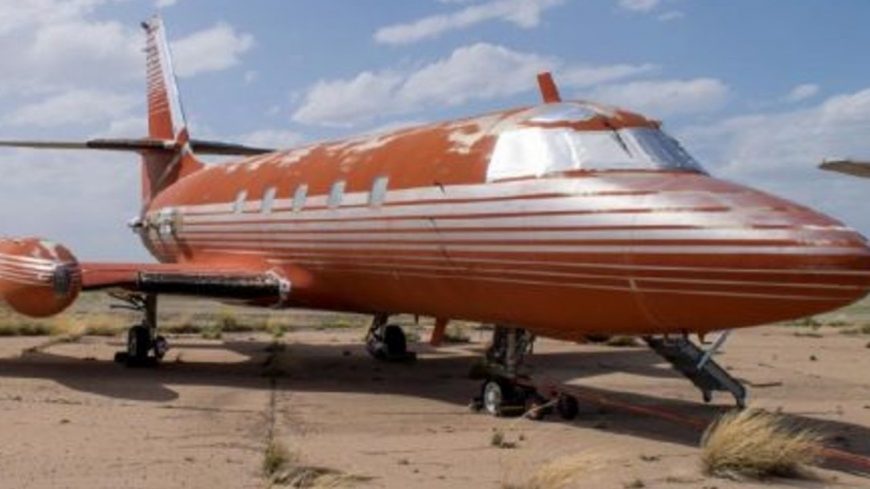 If you want to think practicality, this won’t make much sense to you but if you’re familiar with how Americans love their pop culture, the story behind Elvis Presley’s private jet will seem to fall right in place with the way that things tend to be in this realm of our culture.

Many years after his death, Presley is obviously still one of the biggest household names in the world.Therefore, various pieces of his estate still fetch rather big sums of money on the market, yielding price tags that are beyond our wildest dreams for seemingly simple objects.

The latest topic of discussion would be about one of the late Presley’s possessions in his very own private jet, a machine that hasn’t seen any action whatsoever in over three decades, sitting practically abandoned since a couple of years after the superstar passed away.

Needless to say, Even if this thing did still have an engine, which it doesn’t, the machine would be pretty useless as something that wants to see the sky because it hasn’t been touched or maintained in such a long time. However, the appraisers at the auction were happy to guess say they wouldn’t think that would stop potential buyers from driving up the price on this thing.

Fitted with an interior clad with red velvet seats and a matching shag carpet designed by Elvis himself, it was sad that this Lockheed Jetstar from the year of 1962 was expected to bring between 2 and $3.5 million when it hit auction. However, a more recent update to the story tells us that just a couple of days ago, it sold for a grand sum of $430,000 which still is nothing to scoff at given what it is that we’re looking at here.

For something that needs a lot of restoration to even resemble the functioning aircraft that Elvis used, that’s not a bad chunk of change. Essentially, it looks like the person who ended up buying this is going to be getting their hands on the history alone. Perhaps no restoration will be done and this thing will find its way to a museum somewhere for everyone to enjoy looking at.

Check out the video below that outlines this collectible that is worth quite a pretty penny.That buyer had to be an investor with some deep pockets or just someone who is incredibly in love with the King of rock ‘n roll who wanted to add this impressive piece of memorabilia to their collection.