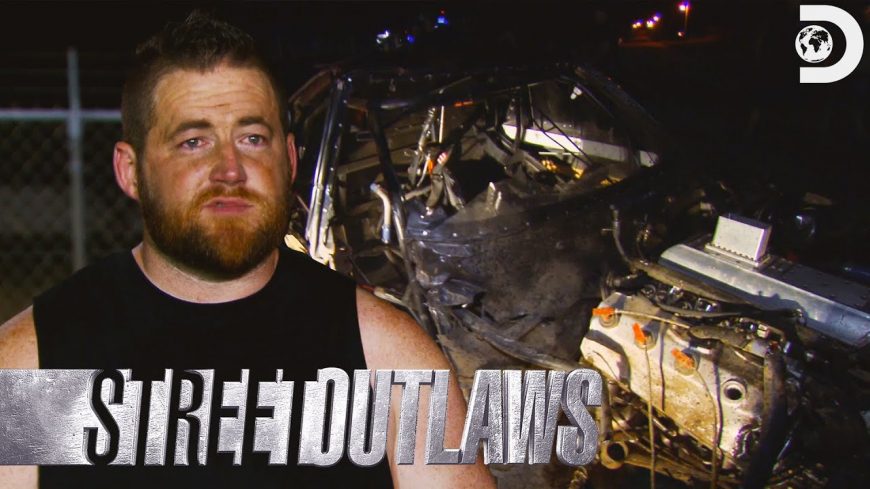 For those who view racing on a surface level, it might just seem to be all about winners and losers. At the end of the day, we get so tied up in the grind to get to the top that we can tend to forget that racing is so much more than competing sometimes. Not only is it a form of healthy competition. It’s also a way to make bonds that can last for a lifetime. Over the years, it creates memories as well and can go on to define an entire existence.

On a recent episode of Street Outlaws, we would be reminded of just that when a very surreal situation came to life. When lining up to make a pass, Kamikaze Chris would end up crashing the famed “Elco” – a car with an incredibly storied history. Not only has the car been in the family a long time but it’s one that has been handed down to Chris from Flip, a highly respected member of the community who has passed away.

Unfortunately, the car would meet a rather untimely demise as the machine went sideways during a race and wrecked. Even more unfortunate, what was left over would be a pretty mangled carcass of a car. The bright spot in all of this is that Chris was able to walk away. However, there’s nothing that could make the situation at hand much easier. Sure, the drivers know that the danger is there and that they’re signing up for this sort of risk. It’s hard not to feel for the guy, though, as, in just a couple of seconds he lost a major part of his life.

As Street Outlaws production is normally a couple of months behind real life, we have seen Chris take a couple of steps forward on social media. In fact, he does say that, while it will be an uphill journey, he plans on attempting to bring the El Camino back to life once again. Chris has also moved on into a new race car what you can find here.