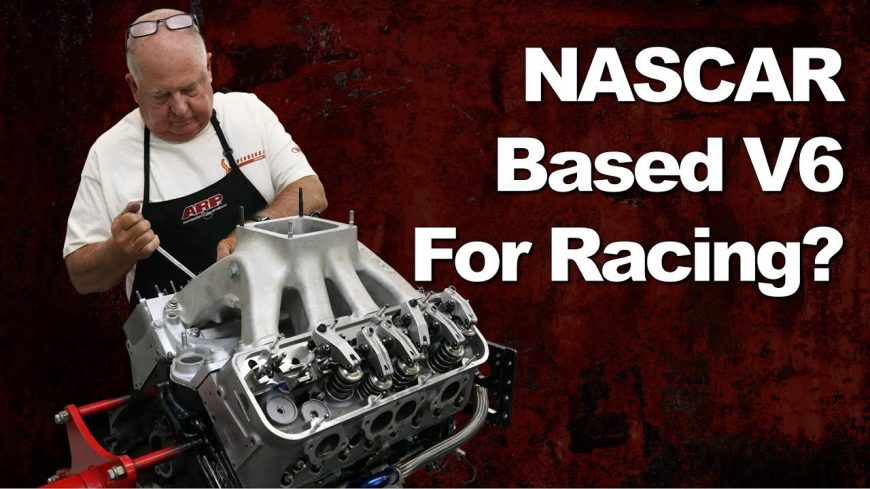 Building an engine would definitely be considered a science. However, the thought process to come up with the perfect combination to build is more of an art in our book. Combine both of them together and we have combinations that really turn heads and set records.

The first question that we Want to get to the bottom of is “Why?”

When we heard about the concept, we were equally intrigued and confused. Part of the equation makes sense on the surface. The whole idea behind building such an engine was to try and break the 228.7 mph land speed record on the Bonneville Salt Flats. In the gasoline rear-engine roadster class, the limit is 261 cubic inches, though.

Therefore, building a V6 makes sense. As it’s explained to us, 261 cubic inches could be done with a V8. However, with the bore necessary to fit all of the components inside, the stroke would have to be so short that it would be incredibly limiting to what the engine could really do.

With this, we simply wonder why they wouldn’t just start with V6 architecture. What it comes down to, according to the builders in Keith Dorton and Automotive Specialists, is vibration. Simply put, he says that V6 blocks are more prone to vibration which is eliminated by using a V8 block and converting it to a V6.

This time, we check out the process that takes a Chevrolet small block in a NASCAR SB2 and converts it to a 660hp v6. It’s a little bit more complicated than just unplugging a couple of wires. To say that we were mesmerized with the process is definitely an understatement.

Dorton is much better at explaining the intricacies of the combination that I would ever be. Therefore, we would recommend checking out the video to really sink your teeth into this exciting combination that is nothing if not unconventional.