As a trackside photographer, this video really got my attention in a big way. While ...

As a trackside photographer, this video really got my attention in a big way. While I shoot still photography, I’ve done a little video, but regardless, we all stand out there together and this could have easily been myself or one of my fellow “shooters”.

What you’re looking at in the video below is terrifying, and proves just how quickly things can go from perfectly fine to life-altering bad when you’re standing trackside videoing cars cranking out horsepower by the truckload. This particular clip features two rowdy blown altereds launching on a pass that ends rather abruptly for the car in the near lane when the engine explodes in a spectacular fireball just a second or so into the run. However, as insane as the massive fireball is, the most unbelievable part of the engine failure is what happens in the split second following the eruption.

You have to look closely when the video is running at full speed, but when the video is slowed down, it’s easy to see the large chunk of shrapnel that comes flying out of the inferno, passing just above the cameraman’s head. This isn’t a small piece of shrapnel either but instead looks to be approximately 1/3rd of the blower case, a chunk of metal that probably weighs 4 or 5 pounds. That much mass moving at that rate of speed could have easily killed the videographer, whose name is Randy.

Luckily for Randy, the case did miss him, leaving him unscathed, though I’m certain he felt a little heat from that fireball erupting just feet from where he was standing. Quite a hair raising experience that I’m glad to see Randy walk away from. The chunk coming at him at a couple of degrees different trajectory could have made for a much different article. Be safe out there folks, you just never know when things are liable to take a turn for the worse.

Will Sugar in Gas Destroy a Vehicle's Engine? See What it Does to this Engine! 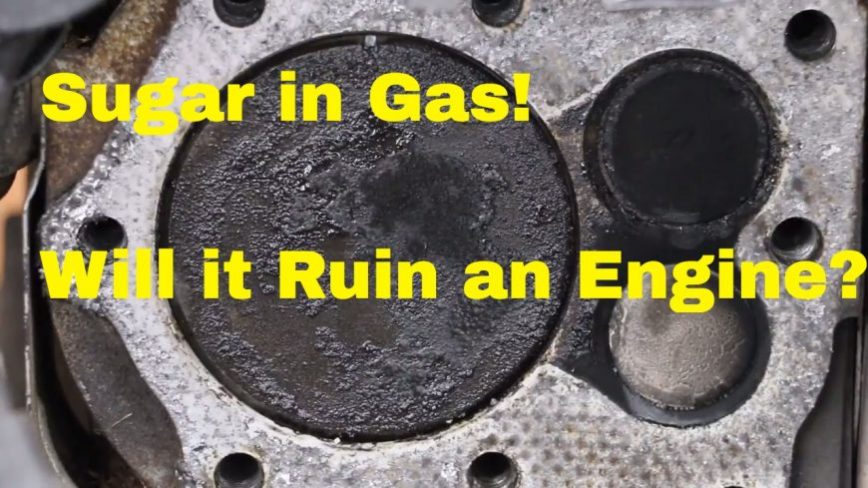