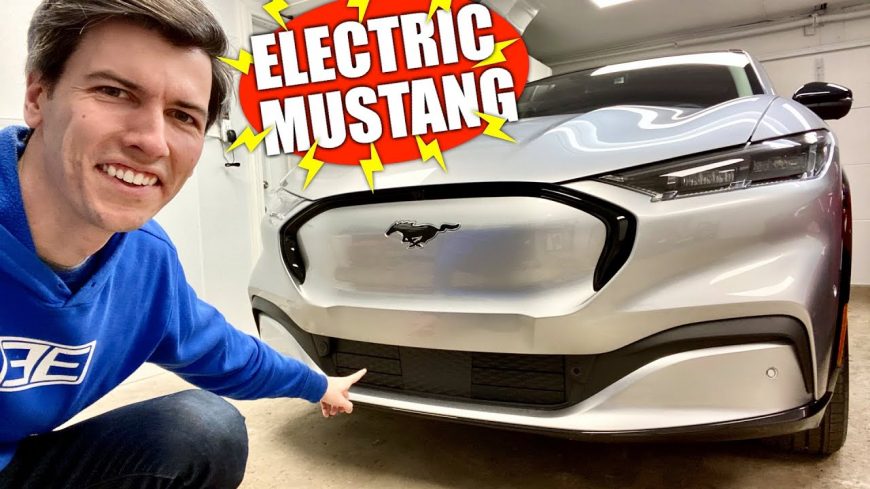 There’s definitely no hiding the fact that Ford was setting itself up for controversy with the 2021 Ford Mustang Mach-E. Borrowing the name of its most popular car of all time, if not one of the most popular cars in all of automotive culture history, was certainly a brave move. Rebranding something that has been known as a pony car into an SUV, let alone an all-electric SUV, is a risk but apparently one that the brand was willing to take.

Once we all get over the shock of an electric Mustang, we still can’t help but wonder if this thing is any good.  Sure, lots of controversy surrounds the name. However, name aside, is Ford going to prove itself to be capable of making a good electric SUV?

Seeing how competitors like Ford are able to take market share moving into the future is definitely going to be a hot storyline. Up until now, we haven’t seen very many successfully mass-produced electric vehicles and 2021 is going to tell us a lot on that front.

This time, we get to take an up-close and personal look at the latest build under the Mustang name. In this one, our host over at Engineering Explained takes on the Mach-E in all of its luster. In this particular example, we are getting a tour of the premium all-wheel-drive extended-range version of the vehicle.

Down in the video below, we’re able to get a little bit more cohesive look at what we might be able to expect when these things finally start making their way into the hands of consumers. In this particular video, our host picks out 10 of his favorite features of Ford’s most interesting attempt at an EV as we head into the new year.

Does the Mustang Mach-E pack enough of a punch to blow you away?

« Birdman and DeWayne Mills Race Into the New Year