It seems like, in many forms of advertising, there’s some sort of exaggeration ...

It seems like, in many forms of advertising, there’s some sort of exaggeration that’s presented as truth.

When the Tesla Cybertruck was unveiled, it really took us a minute to absorb the entire thing. This pickup was so far off of the beaten path that some couldn’t help but wonder what was going on. Some even predicted that it was some sort of elaborate troll. 200,000 orders later and it looks like this is absolutely the real deal.

Elon Musk has been known to go off of the beaten path time after time. This example is certainly no different and might actually be the most extreme. After we were able to eventually come to terms with the truck’s off-the-wall appearance, it was time to dig into the presentation. After all, there were really some bold claims made by the automaker. Some of them came in the form of video demonstrations and others came right out of Musk’s mouth.

Where the Problem Begins

The one example that really seemed to stand out from the group was the demonstration that showed the Cybertruck in a tug-of-war against a Ford F-150. The test wasn’t necessarily fraudulent. However, some speculate that maybe it wasn’t necessarily quite as fair as it could’ve been.

This time, we get got another look at the controversial undertaking. In this one, Engineering Explained takes the liberty of breaking down exactly what happened. With a combination of different factors, it’s very much possible that this wasn’t exactly a take on Ford’s most comparable pickup truck. This isn’t where the drama stops, though.

The New Tesla vs Ford Rivalry

Since this incident has pretty much gone viral, Ford has even chimed in with a callout. You can read more about that here and how Elon Musk and Ford have been locking horns since. Is this an elaborate marketing ploy? Are we really seeing two brands who are about to engage in an epic rivalry? Either way, we can’t wait to see what happens next!

Can You Charge A Tesla By Towing It? (With Ford Raptor) 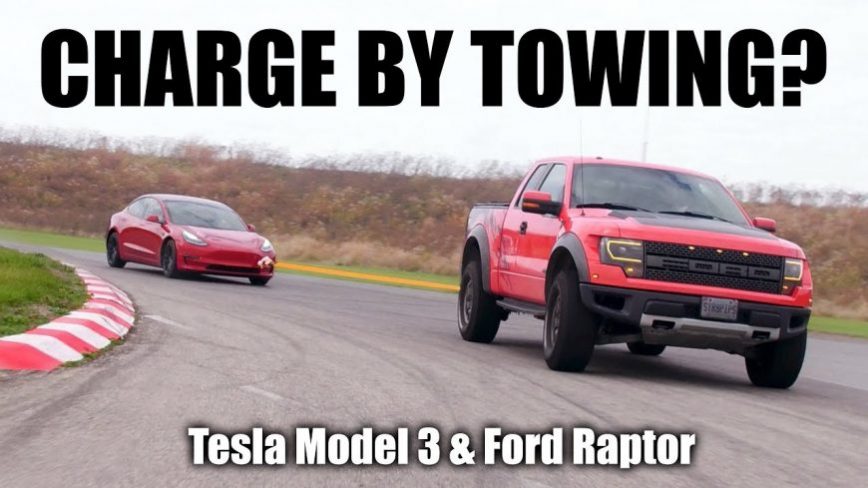