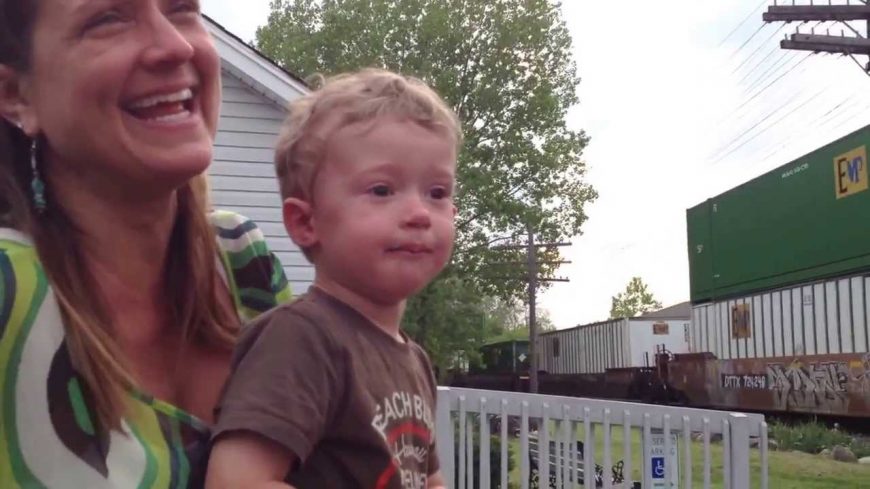 As youngsters learn and grow, much of the world looks to be massive! I could only imagine what a big locomotive like this looks like to a little kid like the young man that we see here. It’s sure to be an exciting time as he watches the train rush by, only to be topped by a surprise that he probably never saw coming but when you check out the look on his face, you know that the youngster definitely got a major kick out of it! As the big locomotive overwhelmed all of his senses, dad would pop his head out of the window, only to make the little man light up like a tree on Christmas!

It’s really enjoyable to watch the sensation of true joy as dad waved while piloting the heavyweight right on by! This one is probably a small but memorable moment for this family that has since gone viral, putting together over 5 million views on the video that people just can’t seem to get enough of. There’s something about this pure and innocent reaction to something simple like this that just seems so refreshing in a world full of what seems to be negativity and someone always trying to pull a quick one on you!

Check out the video below that puts you on the scene to witness this sweet and innocent moment that we think you won’t be able to get enough of as you might even have to watch it more than once. In the scheme of things, it’s the moments like these that really matter and that you’ll look back on and be glad were captured on camera to relive over and over again! Be sure to tell us what you think of this moment that we’re sure will be played millions of more times and widely enjoyed.