You finally did it! You worked your fingers to the bone and managed to get together ...

You finally did it! You worked your fingers to the bone and managed to get together enough cash to get yourself a decent boat. From here, it’s all smooth sailing, or so you thought.

When these guys got to pulling their pontoon boat out of the water, it would appear as if their SUV needed a little bit of help getting up the ramp, so they called in a little bit of extra muscle.

When a guy standing on a nearby dock saw the train of trucks that it was going to take to get the boat out of the water, he pulled out his camera and started to record. As he filmed, they were able to pull the boat up the steep ramp, but that wasn’t where the journey would end.

As they approached the top of the ramp, the trailer would become detached. It looks like someone didn’t fasten it down properly and from there, things would get ugly.

Check out the video below as the trailer runs away on its own accord, smashing into the Dodge Ram that’s using the other half of the boat ramp. We’re no experts on body work, but we’d venture to say that this one is going to leave an expensive mark. 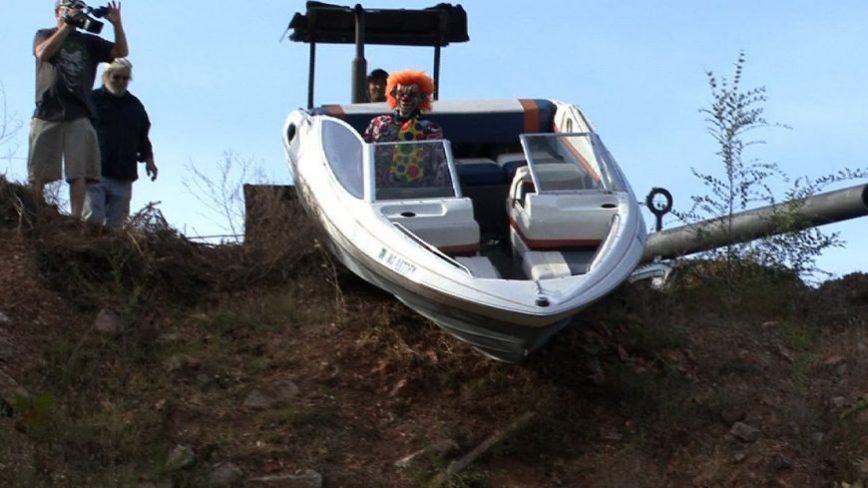