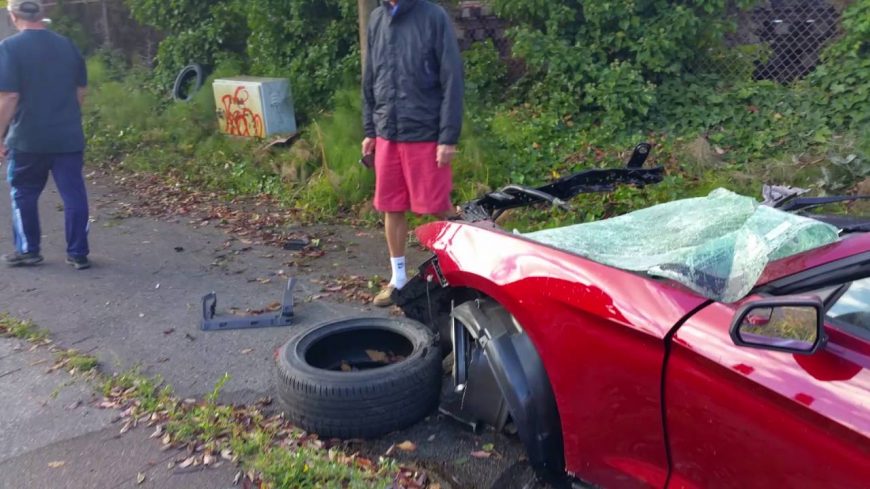 When it comes to handling a sports car, the way that you handle that accelerator is certainly no joke and while we would recommend that you refrain from speeding altogether, the situation is just insanely wrong in every way.

At nearly triple the speed limit according to what the video uploader says was in the ballpark of 90 mph in a 30 mph zone, this guy was lucky to have walked away with his life.

When you take a look at the carnage left behind by the driver, that idea is reinforced tenfold as the Ford Mustang was ripped limb from limb.

If you simply checked out the remnants of the car, we would venture to think that more people than not would fear for the worst, being a fatality. However, because the contrary is true, maybe this guy should go buy a lottery ticket.

Check out the video below that shows what remains of this tattered Ford Mustang that somehow saved the occupants lives even while wrecking at 90 mph.

« Road rage bully with shank gets a wedgie