Hagerty’s YouTube channel has some of the coolest content on the internet, and we check their channel often to see what awesome jewel’s they have tucked away. This video isn’t new, but as soon as I saw it, both as a gearhead and a photographer, I really appreciate the awesomeness of it.

Flatheads have gone the way of the dinosaurs for most part, but there are a few still lurking around in garages and barns, just waiting to be dug up and rebuilt. The guys at Hagerty found one to use in their Swap to Street Challenge truck. They set up a couple of cameras to capture the whole rebuild process from beginning to end in a time lapse, which compresses the time down to a more manageable six minutes while still capturing all of the details of the build.

They start with the engine in the truck and set about disassembling the intake, pulling the radiator and disconnecting all the hoses and wires that tie the engine to the chassis before bringing in the cherry picker and pulling the engine and transmission as a uint. From there, the engine teardown begins. I’m not going to walk through it step by step, that’s what the video is for, but trust me when I tell you, it’s such a cool process to watch, especially with an engine like the flathead, which many of today’s younger enthusiasts may have never seen torn down like this.

Once the engine is pulled completely apart, everything gets a thorough cleaning in the steamer, then the parts that can be painted get a fresh coat of paint, and everything is ready to go back together. The video captures the process in great detail while speeding it up so we don’t get caught watching an hours long video.

With the reassembly complete, the transmission is bolted back to the engine and dropped back into the engine bay, then the intake and radiator go back into place and the wires and hoses are reconnected and the engine is ready to fire. And that is how you rebuild a flathead, ladies and gentlemen. 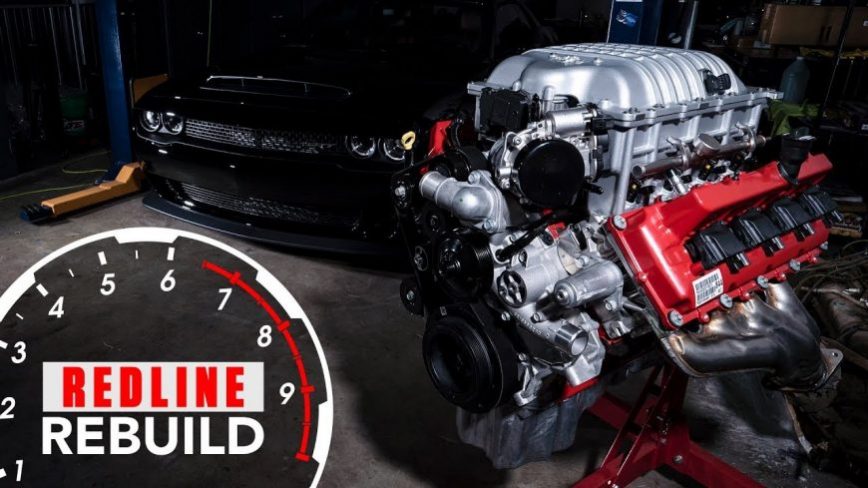