Coming up with a wedding proposal idea is probably something that should take a lot ...

Coming up with a wedding proposal idea is probably something that should take a lot of consideration. After all, this is going to be the moment that kicks off the rest of your life with someone, hopefully. With that in mind, most would like it to be something that’s incredibly memorable. No cookie-cutter moment will do. Instead, proposals really go over-the-top in the name of making the point in time super special.

A lot of times, we find that people will fine-tune their marriage proposal to be incredibly personal. This might mean picking out a hobby or some sort of shared passion to intertwine in the mix. This is where some get incredibly creative with the way that they propose.

For this particular couple, it looks like they have a relationship that has grown over aviation. From the looks of things, it isn’t their first time in an airplane together. It also doesn’t appear to be the first time that this boyfriend and soon-to-be fiancée has played a trick on his lady.

By following along with the video below, we actually check out a video that was recognized by GoPro. During this proposal, the pilot in question acts like the plane is beginning to go down and he’s losing control. When his girlfriend ends up reading the procedure for an emergency landing, let’s just say that she finds something rather unexpected.

It does look like she begins to panic momentarily. However, before long, everything is back on an even keel once again. Now, she doesn’t verbally say “Yes.”

By the looks on their faces, we’re going to assume that she did go along with the proposal, though. Otherwise, that probably would’ve been a pretty awkward ride down to the ground.

GoPro in a Lathe Rotates at 1800 RPM, Creates Stunning Visual 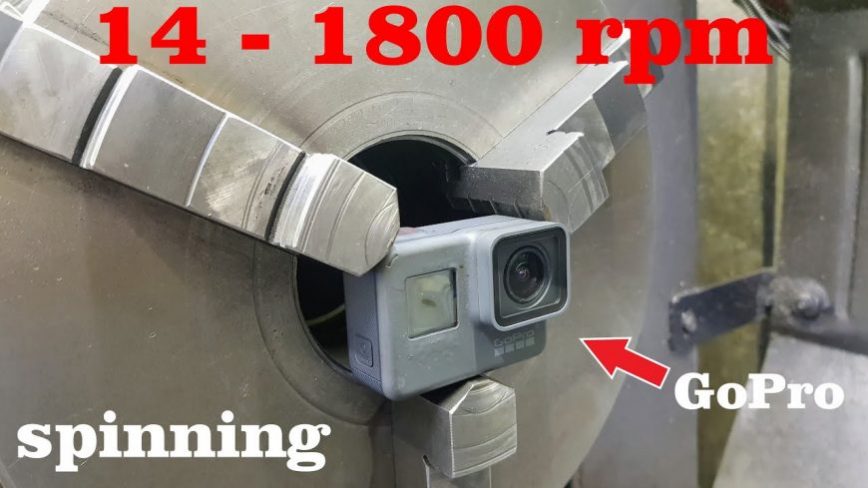