For gear heads, this is a story that might hit close to home in some manner. When a ...

For gear heads, this is a story that might hit close to home in some manner. When a 42-year-old man by the name of Herman Turlich escaped a courthouse, he was going on a wild ride. This ride included finding somebody’s “race car” and attempting to make off with it into the sunset. It wasn’t long after that Turlich discovered that he probably couldn’t control the power of the car. The only portion of the vehicle that we are able to see is when the news shows it crashed into a ditch. The story unfolds almost like something straight out of a movie.

Apparently, the suspect was in court only to face a simple burglary charge. While that’s not something to be taken lightly, it also makes us scratch our heads as to why he would stack these charges on top. We would be inclined to think that adding grand theft auto among other charges would be the last thing that this individual would want to do. It’s kind of hard to be able to read peoples’ motives sometimes, though. Apparently, Herman thought it would be a prudent idea to try to make his escape, though. It seems as if this “race car,” as the news describes it, was the first thing he could find. This is where things got messy.

After learning of his quiet escape, a perimeter was immediately formed. Turlich would be found before long and nobody was injured in the sequence. I guess the story serves as a reminder to keep that race car locked up nice and tight when it’s not in use. While it’s unlikely, we never know when a stray criminal is going to stumble upon our pride and joy. Before long, it might just end up in a ditch if we’re not careful about things. 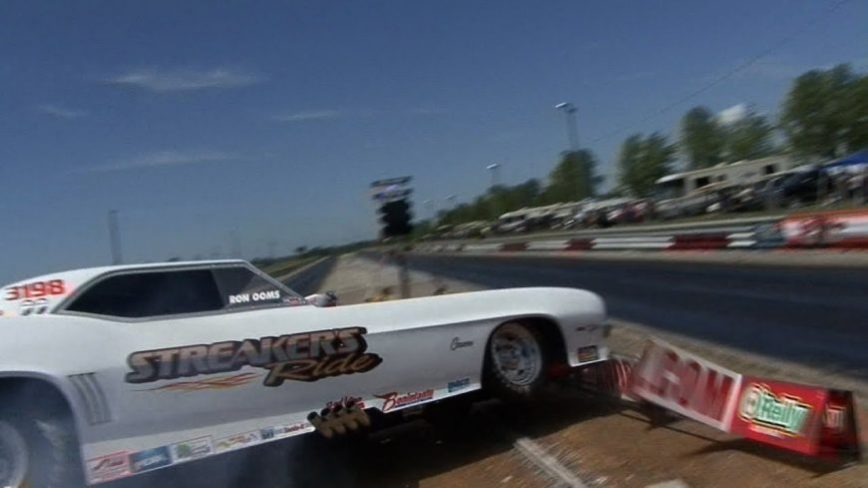