It doesn’t take a genius or a mechanical master to tell you that the Nissan ...

It doesn’t take a genius or a mechanical master to tell you that the Nissan GT-R has been up to some insane feats on the drag strip since its debut.

If you have had an eye on the scene, you are probably aware that the Extreme Turbo Systems Nissan machine has proven to be one of the best in the game when it comes to GT-R modification.

This time, the guys are out and toying around with the car again with the attempt in mind being to get even better times out of this wild machine down the strip.

While they did smash the eighth-mile record in this flick, it looks like some big numbers were left on the table as one of the throttle bodies checked out right after the eighth.

Check out the video below as the car manages a 4.77-second pass through the eighth before falling victim to the corroded throttle body that could’ve just prevented the quarter mile world record as well!

While this has to be an exciting leap forward and is most certainly an amazing achievement in the eighth mile along with providing a sign of a bright future, that throttle body failure had to be a killer for the team as the car rolled to a 7.42-second quarter. We’re super stoked to see what the future holds for the team at ETS. 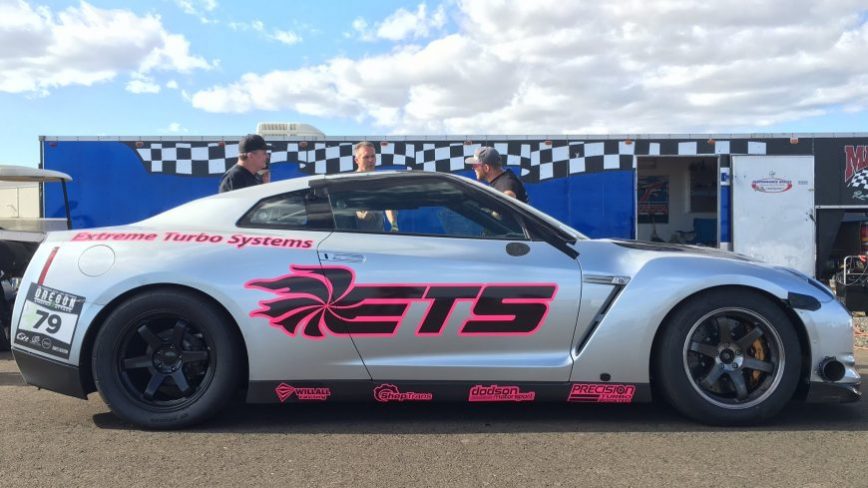