Ever Seen Steve Jobs MEGAYACHT “Venus”? Here it is in St Maarten

Ever Seen Steve Jobs MEGAYACHT “Venus”? Here it is in St Maarten

We’ve featured mega yachts in the past that were quite impressive but what ...

We’ve featured mega yachts in the past that were quite impressive but what could a yacht that belongs to one of the world’s most highly regarded tech innovators ever, a man who completely innovated the way of how computers are presented, possibly look like? We’re talking, of course, of the man who brought Apple to what it is today, the late Steve Jobs.

In “Venus,” we can see Jobs’s vision come to life in a simple yet extravagant fashion in a yacht unlike any that you have ever seen before. Jobs wasn’t around to see his vision come to fruition unfortunately but the vessel will continue on in his memory.

The Zen-like atmosphere brings to life Steve’s desire for private, quiet places and kind of reminds you of the way that Apple stores would innovate the way that electronics were sold with their layouts. Via the video uploader, Jobs once said “I’ve tried to be inspired by the Asian idea that emptiness is more important than fullness” and we think that this boat gives off that ideology well, judging from the outside, anyway.

In the video below, we’re able to see the byproduct of his thoughts as come to life in the water. With such a beautiful piece of art, It really is a shame that Jobs wouldn’t live to see it. 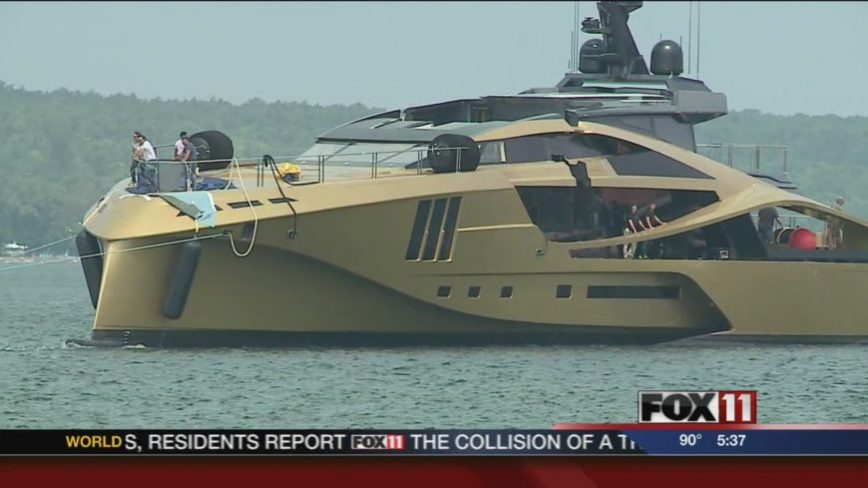