For those who would consider themselves technology enthusiasts as well as car ...

For those who would consider themselves technology enthusiasts as well as car enthusiasts, it’s a great time to be alive. Even for those who aren’t super into the tech side of things, our cars are beginning to be able to do some pretty crazy things. With the implementation of things like Apple’s CarPlay, our phones are integrated into our vehicles in a way like never before.

This could open up some wild doors that one might have never imagined possible.

Even though these systems are pretty cool, they are still nowhere near perfect. Even if they did get pretty darn good, there would still be updates coming out now and then to keep them relevant. Every once in a while, a new CarPlay operating system update will drop and we get to see what new features the developers have come up with.

The most recent to be announced is iOS 14. With this version of iOS, we will see new features come to both phones and CarPlay alike in the Fall of this year.

So, when we hop in our vehicles, what will look different? For starters, we’re going to have access to different wallpapers and the animations that are set up to be a little bit smoother. That’s just where it begins, though.

Looking pretty is only part of it. How does it function?

Some usability features that the upcoming system will have to offer include being able to relay an ETA by using voice, EV routing to detect charging stations, and alerts for speed cameras or congested zones.

One of the coolest features, in our opinion, is known as “Car Key.” This feature will likely only be available on models of vehicles that have the appropriate hardware installed. However, Car Key will allow one’s phone to open the car and operate it. The feature can also be used to share the “key” to any specific vehicle. This can be done in either a full or limited capacity.

By following along with the video below from AppleInsider, we learn about all of what iOS 14 is going to offer up! 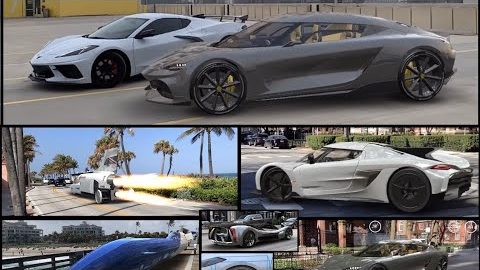