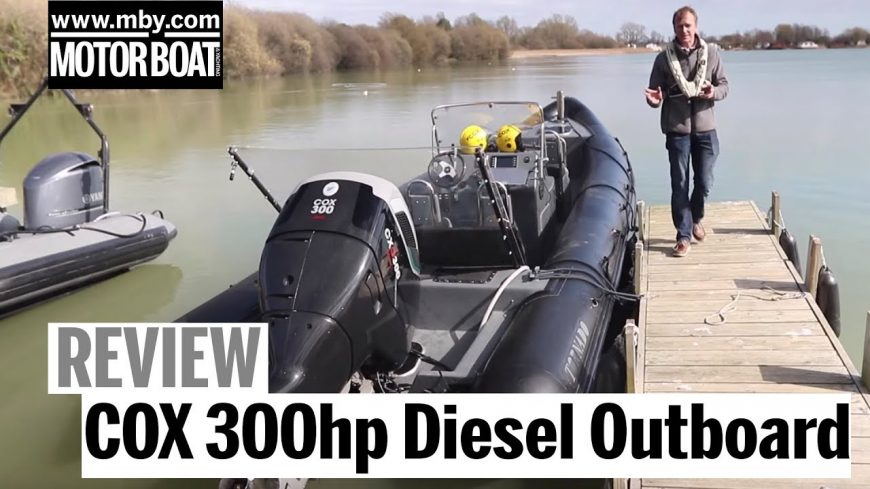 Just like in the world of automobiles, in the world of boats, there is a whole selection of different engines to choose from. When it comes to the outboard engine, most of what we see is powered by traditional gasoline. Every once in a while, we might stumble across an outboard that is powered by diesel fuel. However, the overwhelming majority won’t have diesel power onboard.

This time, we get the rare treat of checking out such a diesel-powered outboard engine. While certainly not the first of its kind, the engine does promise to be the most powerful. In this application put together by COX, we see 300 hp put to the test. For those who don’t speak boat, this engine is enough to make a small craft absolutely move. In turn, it mighe even make enough to power to propel a bigger craft. It all depends on how heavy the vessel is and how fast the user wants to go.

In this demonstration, we not only get to learn a little bit more about such an outboard but also if it’s worth the investment. After all, there has to be a reason why one would want to switch to diesel fuel. On fueling docs around the country, diesel is going to be a little bit more expensive and tougher to come across. Therefore, it would only make sense that a diesel-powered outboard would need to provide some sort of extra upside for its user.

By following along with the video below, we get to learn a little bit more about the small but mighty engine. Do the benefits that align with this engine provide enough upside to make the switch? I guess that will be up to each individual buyer to ultimately decide.

One thing that we can say for sure is that this thing is definitely cool!

« Charger Has Turbos Sticking Out of the Hood! SEDAN LAYS IT DOWN!