Video Shows Off Most Expensive Abandoned Cars Left Behind 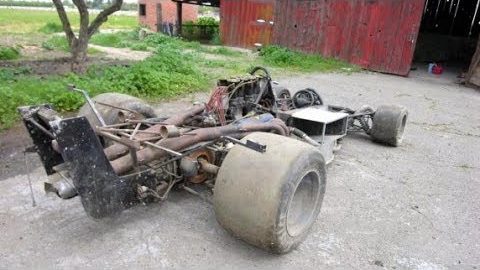 It’s pretty wild to lay our eyes on some of the machines that get left behind and forgotten about. When we look at a reality show like American Pickers, we get an inside look at some hidden treasures around the world. Sure, that might be a reality television show and we all know how reality television is sometimes scripted. We’re not sure If we can say that about that particular show or not. However, the premise behind it is very real.

There are actually millions of dollars in possessions that have been left behind and forgotten about scattered around the world. Each find might not be as attractive as the last. However, the high dollar finds are certainly lurking out there.

In fact, when we look at some of the craziest finds, we can’t help but wonder how they got there in the first place. After all, with some of these price tags, we would have to think that somebody had to know about the value just rotting away. Lo and behold, valuable things pop up out of nowhere every day, though.

This time, we dive into the world of car finds. Commonly, these will be referred to as barn finds. The goal here is to really tackle the rarest of the rare. With the video below, we check out some of the highest dollars abandoned rides imaginable. Some of these machines really tip the scales, when it comes to their value.

We would be inclined to think that most of the machines to be found around the world aren’t going to be in this tier of vehicle. However, that’s part of the fun. When somebody stumbles across an automobile that has been forgotten about, they never truly know the value. Even if a car isn’t worth millions of dollars, though, there is still some incredible value just waiting to be found.

« Dude Breaks Out Spray Paint, Touches up His Ride in the Parking Lot