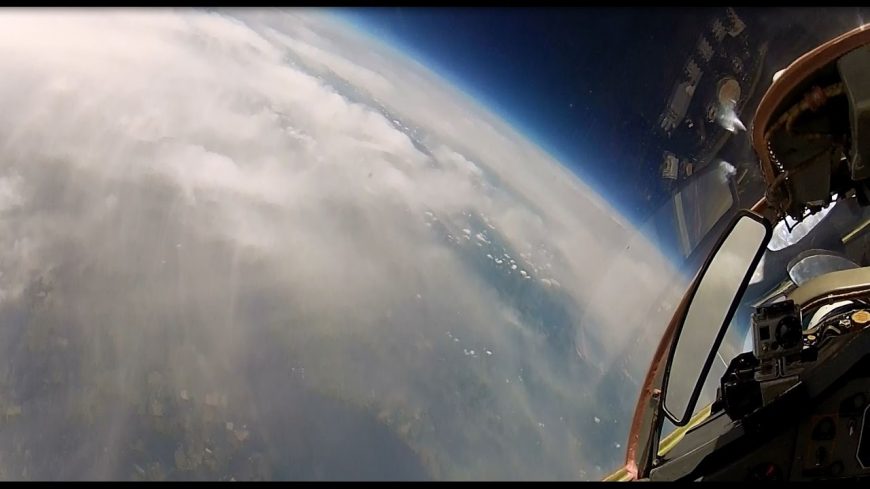 Not only can you take a ride in the MiG, which would be enough of an experience for most anybody, your pilot will actually fly the plane to the ridiculous altitude of 65,000 feet, double that of your common commercial airliner. From this height, the sky overhead becomes pitch black due to the lack of atmosphere overhead to scatter sunlight into the blue sky we see daily. You can also see the curvature of the earth and the soft blue layer known as the troposphere below. As far as I know, there is no other way for a civilian to experience this phenomenon, so needless to say if you take this flight – known as the Edge of Space Flight or Stratosphere Flight by Fulcrum, the name of the Russian aircraft manufacturer – you’ll join some pretty exclusive company, at least until SpaceX gets their civilian program up and running.

If that weren’t enough, though, there’s actually more to the flight than that. Since you are riding shotgun in one of the most capable aircraft in the world, the return flight is an opportunity to test out the MiG’s agility as the pilot does some expert aerobatic maneuvers, pushing the plane, and the bodies on board, to the extremes. The pilot and passenger experience up to 9 G’s of force as the man on the stick curves, flips and rolls through the sky.

But wait, there’s even more. Not only do you get to ride along for the trip to the edge of space and the aerobatics, if you choose, you can also take control of the jet and fly it yourself for a while, truly putting a cap on one of the most amazing flights anybody anywhere has ever taken. I’m sure this experience isn’t cheap, but if I ever hit the lottery, you can bet me and a couple of my closes friends are going to be riding this ride as part of the celebration!

« Watch This Pilot Land a Helicopter With the Engine Off!