Here in the automotive community, the “Cash for Clunkers” program was ...

Here in the automotive community, the “Cash for Clunkers” program was certainly met with a lot of anger. For those who don’t exactly remember what it was, back in the Obama administration, there was a push for more environmentally friendly cars.

In order to do this, plush incentives were offered to those willing to trade in cars that weren’t the best for the environment. When the owners would be compensated handsomely for their vehicles, dealers were given a very specific set of instructions to follow. With the trade-ins within this program, the cars were to be completely disposed of.

The frustrating part about all of this is that no components could be removed legally. Instead, some may remember the videos that accompanied these vehicles as a special solution was poured in the oil and the engine was to be run until failure. The carcasses of the cars were then taken to the junkyard where they would remain to rot until they could be crushed.

Apparently, America wasn’t the only one to offer up a program like this. Instead, we find that the United Kingdom also decided that they wanted to get in on the action.

In a similar rotation that they call a “Scrappage scheme,” we find similar results. In this particular video, we get to explore the remnants in a scrappage scheme graveyard with Exploring With Figthers.

In the collection, we find a variety of cars that are both collectible and/or usable. A great variety of these cars meet controversy as they are not only sought after but could also provide transportation for families without. Naturally, it’s going to be hard to please everybody. However, we got a feeling that there will never be complete agreement upon policies like these. That’s neither here nor there, though, as all is said and done. These days, all we can do is look back on the results. 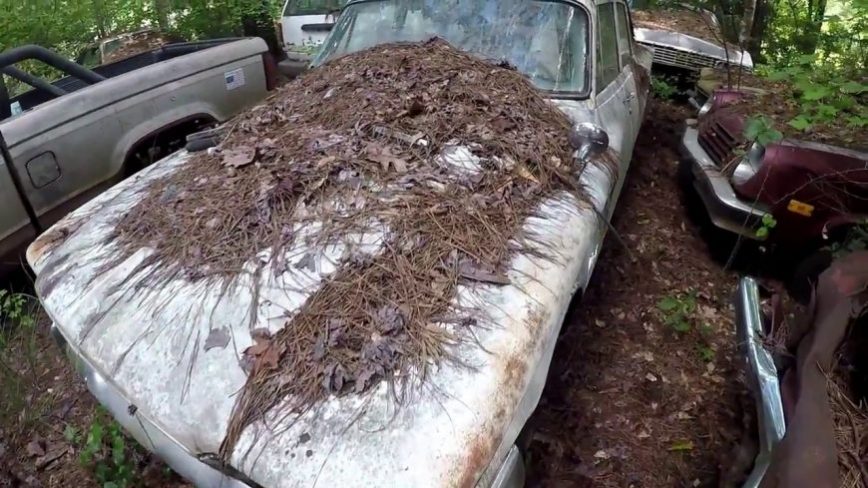