Exploring an Abandoned Airplane Hangar With Old Jeeps Inside 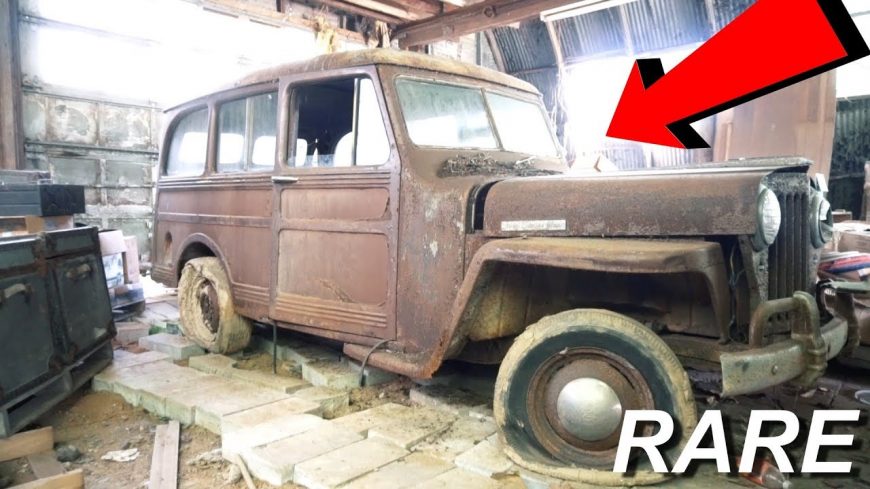 Sitting all around the world right now, there are examples of abandoned places just waiting to be found. Some of these locations could be more interesting than others. This time, we find one that’s on a whole plane of its own. This certainly could be filed into the category of “treasure trove.”

What we’re looking at here is a couple of guys who decided to gather video around an abandoned farmhouse. Not only is it home and farm, though, there also seems to be an airplane hangar on the property. From what they have gathered, the property has only been left alone for several years. However, inside, there are a vast amount of collectibles that have been forgotten about. Most of them seem to be from decades ago as they provide a very real dose of nostalgia.

When exploring the hangar, the first thing we notice are several old-school Jeeps. The vehicles do appear as if they’re in need of a complete restoration. However, we can’t help but be fascinated by the time capsule. We also can’t help but envision a day where these vehicles were running properly and being used. In turn, it almost gets as excited to think about a day where they might run again.

From there, the guys continue exploring everything from old cameras to film reels. We don’t get much of a background on the story of the venue. However, not knowing really allows the imagination to run wild. This is just one small slice of the abandoned world out there. What else could be lurking around the country or the world? There are sure to be all sorts of vehicles and other pieces of history hiding out.

Who knows? There might even be some treasures out there that will never be found and will always remain a mystery.