Ever since people have been working on cars, the idea of the engine swap has been ...

Ever since people have been working on cars, the idea of the engine swap has been prevalent. When it really comes down to it, and there’s just something interesting and potentially beneficial about taking a power plant from one vehicle and slapping it in another. Sometimes, this means more power for cheaper. Other times, it means a more reliable setup and perhaps, it might even mean being more fuel-efficient as well.

This time, we check in with a particular swap that is sure to get more and more popular as the components for it become more available.

As some have noticed at this point, Tesla’s powertrain has really been popular for those looking for the best of all worlds, well, outside of a growling exhaust note, that is. Sure, there is the obvious upside is that the vehicle is electric and will provide an affordable gasoline-free experience. However, that isn’t the only upside with such a combo. Instead, we find that electric power from Tesla also provides a ton of instantaneous torque. Because of this, these things usually end up being surprisingly quick.

As the era of the Tesla swap is still kicking off, in this one, we get the opportunity to check out a pretty unique build. The build surrounds an old-school Volkswagen bus. These machines are classic in nature but don’t exactly have the power plant under the hood to really make them go all that quickly. We can’t necessarily speak to reliability on something like this but we would presume that the modern Tesla technology might have a step up there as well.

By following along with the video below, we check in with the process that takes an old-school Volkswagen from a typical bus to something else entirely. It’s going to be interesting to see how exactly these Tesla swaps end up in a variety of different vehicles. For now, though, this Volkswagen is definitely doing it right to get things rolling. 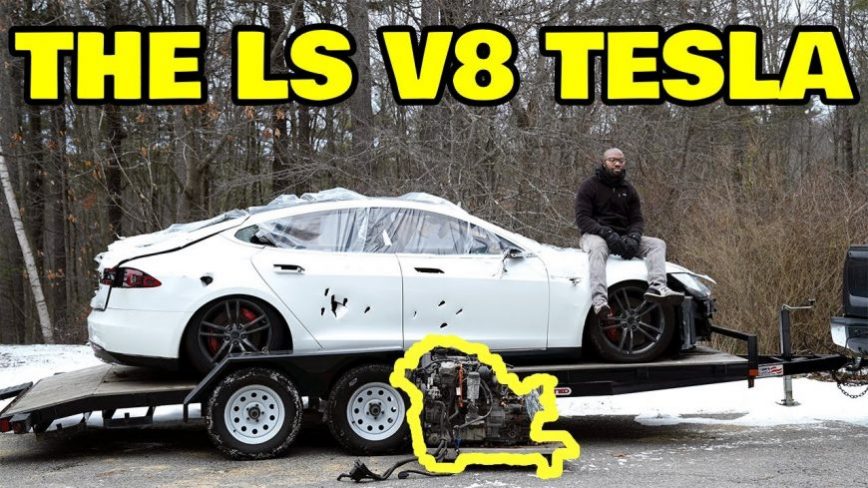