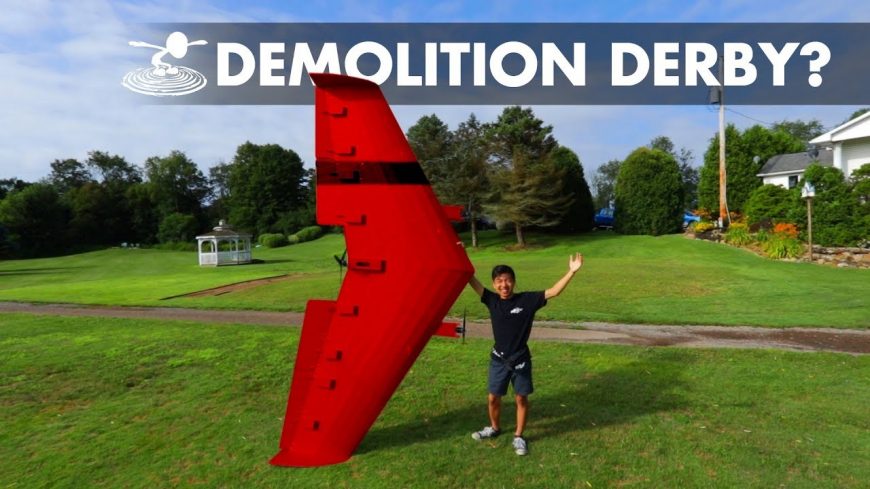 This time, we check out the latter as an airplane demolition derby unfolds in front of our eyes. Obviously, this is something that real pilots could never involve themselves in. However, with remote control airplanes, the risk isn’t there. It’s completely thrown out the window. Therefore, pilots standing on the ground with the controls take their best shot at combat. This is usually done by throwing together a purpose-built machine fit for battle. It kind of reminds us of that old show BattleBots except for an aerial version.

In this one, we follow along with one team as they concoct a massive remote control airplane out of cardboard. When all is said and done, the plane clad in red is ready to do battle. Before long, we watch from onboard as it manages to take out a couple of competitors. However, one of the competitors folded in half and ends up getting stuck to the plane in question. Will it be able to recover from the situation?

By following along with the video below, we get to go on quite the adventure. After watching this one, we have to say that this is something that looks like an absolute blast. Who wouldn’t want to get behind the controls of one of these airplanes and take aim at another? At the end of the day, only one plane can survive and it’s an absolute riot to watch it all come together.

Who wouldn’t want to get behind the controls of one of these airplanes and take aim at another? At the end of the day, only one plane can survive and it’s an absolute riot to watch it all come together.