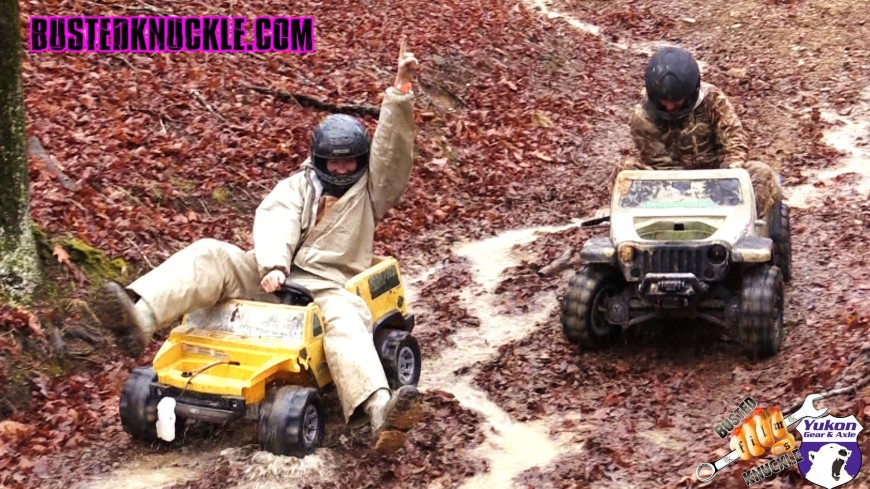 We would never have thought that something as simple as a Barbie Jeep could bring about so much fun, but this group of guys uses the toys to their absolute extreme!

The guys at Busted Knuckle Videos lay it out for us by telling us that, “The second annual Battlefest Extreme Barbie Jeep Racing Event took place at Hot Springs Offroad Park in Hot Springs, Arkansas.

Bad weather kept many away but the 10 racers that showed up battled it out in the rain for bragging rights. The 2014 Champion Busted Knuckle took home the win and added to his win streak.”